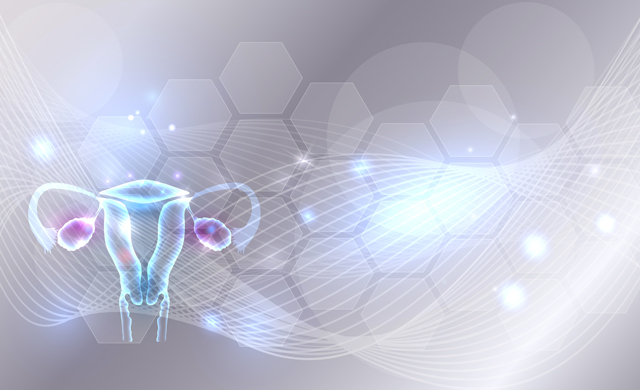 What is Polycystic Ovary Syndrome (PCOS)?

PCOS is common hormonal condition that effects up to 10% of women who are of reproductive years. It is characterized by abnormal ovulation, elevated androgens (hormones that typically should only be high in men), and appearance of multiple small cysts in the ovaries. Prior to the diagnosis of PCOS being made, other conditions that may cause these characteristics should be examined and ruled out.

What are common signs and symptoms of PCOS?

The cause of PCOS is unknown. It is believed that several factors, include insulin resistance and increased levels androgens play a major role in causing the symptoms of this condition.

How is the diagnosis of PCOS made?
PCOS is diagnosed by gathering a history of presenting signs and symptoms that a woman reports along with the findings of a physical examination, blood test results and a pelvic ultrasound.

What is insulin resistance?
Insulin is a hormone that is made by the pancreas. The primary function of insulin is to help drive glucose into the cells of our body so that they can perform their day to day functions.  Insulin resistance is a condition in which the body’s cells do not respond to the effects of insulin and hence glucose in the blood can not enter the cells of our organs to be consumed. This will result in an increase in the glucose levels in the circulation. In order to compensate for this elevation in glucose levels, the pancreas will produce more insulin as the body tries to move glucose into cells. Eventually, the pancreas will no longer be able to make adequate amounts of insulin resulting in diabetes mellitus. Insulin resistance also is associated with acanthosis nigricans.

What are the effects of high levels of androgens?
Higher than normal levels of androgens can interfere with ovarian function and normal ovulation, which is the release of a mature egg each month. High androgen levels also cause the abnormal hair growth and acne seen in many women with PCOS.

What are the health risks for women with PCOS?
As a result of abnormal ovulation many women will experience infertility.  Women with PCOS also have a higher risk of having a condition called endometrial hyperplasia, in which the lining of the uterus becomes too thick. If left untreated, this condition may lead to endometrial cancer.In addition to the reproductive system, PCOS also affects other areas of the body increasing a woman’s risk of serious conditions that may have lifelong consequences.Insulin resistance increases the risk of type 2 diabetes and cardiovascular disease. Another condition that is associated with PCOS is metabolic syndrome. Metabolic Syndrome is characterized by high blood sugar levels, higher blood pressure, high triglycerides, low HDLs, and central obesity. Women with PCOS who have this syndrome are at higher risk  of both diabetes and heart disease.

Are there ethnic differences in diagnosis and management of PCOS?
Ethnic variations of the PCOS presentation do exist and appear to be linked to differing genetic, environmental and lifestyle factors. For example, the degree of abnormal hair growth is far less pronounced in east Asians women despite high levels of androgens, while Middle Eastern women and some Mediterranean groups are more overtly hirsute.

Hispanic women with PCOS have been noted to have more severe insulin resistance with worse associated metabolic complications, including the metabolic syndrome. This carries a higher risk for developing diabetes and hypertension. These ethnic differences should be kept in mind as we approach the work up and both short and long term management of PCOS.

Are treatments available for women with PCOS?
A variety of treatments options are available to address the problems of PCOS. Treatment plans be should tailored to each woman according to the presenting symptoms, other health problems, the desire to become pregnant.

Women with PCOS and insulin resistance should be advised on ways to improve their insulin sensitivity. These approaches include following a special diet, improving overall cardiovascular fitness and managing weight.

For women who’s main complaint is irregular menses and do not desire to become pregnant, the first line treatment is a combined hormonal birth control pill. Combined hormonal pills contain both estrogen and progesterone.  Used on a regular basis, these pills will regulate the menstrual cycle and reduce the abnormal hair growth and acne by decreasing androgen levels. They also will reduce the risk of endometrial cancer. Other hormonal options are available for women who do not tolerate or do not wish to be on birth control pills

What effect can weight loss have on women with PCOS?
For overweight women, weight loss alone often has a big impact on the metabolic parameters as well as normalizing the menstrual cycle. One of the best ways to improve insulin sensitivity is weight loss and even a loss of 10–15 pounds can be helpful in making menstrual periods more regular. Weight loss also has been found to improve cholesterol and glucose levels and relieve symptoms such as excess hair growth and acne.

What can be done to increase the chances of conception for women with PCOS?
Restoring normal ovulation is the cornerstone toward achieving pregnancy. However, we must first ensure that a woman with PCOS is at her optimal health prior to conceiving. In women who are overweight women, weight loss is advised. This often results in ovulation to resume and renders that woman fertile.

Medications also may be used to induce ovulation that will work for most women with PCOS. Clomiphene citrate is the first line medical treatment to help women with PCOS ovulate. Another class of medications that are sometimes used are called gonadotropins. Insulin-sensitizing drugs used to treat diabetes are also used from time to time in the treatment of PCOS. These drugs help the body respond to insulin and hence help decrease androgen levels and improve ovulation.  Surgery on the ovaries has been used when other treatments do not work. This however is an option of last resort.

Take home message:
PCOS is a common hormonal condition that impacts up to 10% of women. It can present with irregular menstrual cycles, unwanted hair growth, acne and infertility. Women with PCOS are at higher risk of weight problems, diabetes, high blood pressure and endometrial cancer. With the proper lifestyle and medical interventions most of the symptoms and risks can be controlled. The good news for women with PCOS and infertility is that there are some very effecting treatment options and the majority of women with PCOS will eventually be pregnant with the proper management.