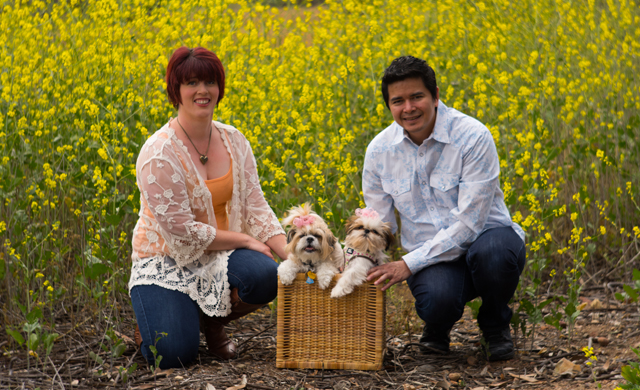 Infertility came into my life slowly, sliding its way in after weeks became months and months became years of trying to have a baby and cycle after cycle failing. Infertility didn’t shout its arrival, but instead carried with it a shroud of silence.

We first started trying to have a baby in 2008. I was 27 almost 28. Total shoe in, right? That’s what we thought, too. “You’re so young!” and “Just relax and it’ll happen!” are really frustrating to hear over and over and over again as you remain firmly on the parenting sidelines, watching but never joining in the game. Instead of being filled with diapers and pacifiers, our lives became filled with invasive, expensive tests (not covered by insurance), acronyms we could barely understand and medical terms we could barely pronounce. It was bewildering and lonely. Everyone around us who wanted to parent was having babies while our arms remained empty. Unsure of where to go for help we turned inward and avoided the topic with outsiders as much as we possibly could. Painful questions about having kids were answered with fake smiles and false cheer. Baby showers, birthday parties, parks and even church and some restaurants were avoided. Countless tears were shed in private as the years stretched on.

In 2014 we were in a position where finances allowed us to pursue medical treatment and we were told that IVF with ICSI would be our best bet. I am needle phobic and the medicine protocol was brutal on my emotions and my body. I had bruises all over my belly and backside from the medication injections and needle marks on my arms from the repeated blood draws. I had to wear long sleeved shirts to work to avoid questions.  My husband gave most of the shots while I lay with a teddy bear covering my face and tears leaking from my eyes. It hardly seemed fair that something that was supposed to be so easy, and came readily to so many others, was costing so much physically, financially and emotionally.

The first round of IVF was unsuccessful, and resulted in life threatening complications that sent me to the hospital for 8 days of additional pokes and prods. I came out of that hospital physically and emotionally spent. My arms were empty, but my heart was full of fear, jealousy, anger and bitterness and the load was heavy. I felt hopeless and helpless, scared of the depth of despair I felt. Desperate for help, I did a google search for support groups, and thankfully found one in my area. What I found there changed my life. Women who knew the sorrow, the questions, the isolation. In that group of like experiences, my pain became less because for the first time in six years I felt seen and understood. The shame I felt at my failure fell away as I realized that it was not my fault, that I was not alone, and that there was a place for me after all.

We still had frozen embryos left so we decided to prepare for a fall transfer. Only as the time drew closer I began to have panic attacks and difficulty sleeping. We decided to delay the transfer and work on strengthening me emotionally. I started to see a therapist, who was a poor fit for infertility. At one point she asked me “So what if you can’t have a baby? It’s not the end of the world, is it?” It may not have seemed like it to her, but to me it was the end of the world. It was the end of the world I had envisioned myself being part of since I was a little girl. My support group became my life line, and another counselor helped me find ways to deal with my grief and the overwhelming anxiety I was feeling.

In February of 2015 we went in for our final IVF transfer. Although there were no life-threatening complications, this cycle also failed, and we were devastated. Because of the complications of our first attempt there would be no further medical interventions for us, and the loss was enormous. We grieved, but this time we did not grieve alone, and the difference was immediately felt. Community bolstered us.

In May, we were presented with an opportunity to adopt but this, ultimately, would also prove to be unsuccessful. Facing so many closed doors so close together was heartbreaking and confusing. We were uncertain of where to go and what to do next. We had reached a cross roads. Then the leader of the support group announced her decision to step down, and the closing of the group. I spoke up and said that I would lead the group. I didn’t want someone as hurt as I had been to not have a place to go. I led my first meeting that next month and came home and told my husband “I want to do this forever.”  In August of 2015 I found myself enrolled in graduate school, desiring to become a therapist specializing in reproductive loss. Doors opened and have continued to open since then as I have planned and led retreats and seminars for the infertility community and continued to lead the support group where I first found the care and community I needed. While this is not a chapter I could have ever anticipated having in my story, it is a chapter that I have cherished.

Infertility is surrounded by walls of silence and shame. It is a disease of the reproductive system and yet it is far further reaching than that. It reaches in and changes expectations of the world, experiences with physical bodies, and relationships at their core. It is too big to walk alone. If you are struggling to build your family I encourage you to reach out and find community- online, in person, peer led or professional. It’s a difficult first step to make but the rewards are long lasting and life changing.