Psychology magazine published every two months in the United States.

Santa Must Be a Woman 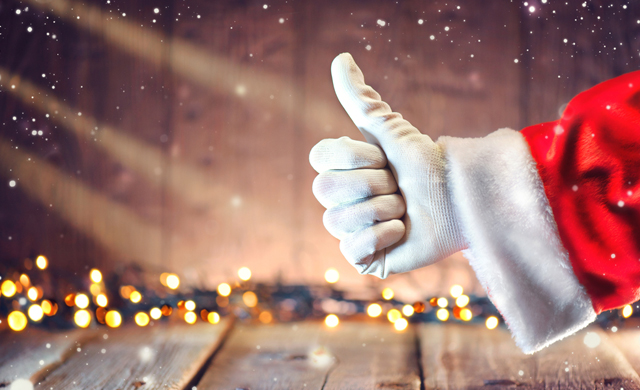 It was the cookie exchange that finally convinced me Santa must be a woman. My partner was invited. I wasn’t. She dutifully made ten dozen cookies, wrapping them in cellophane bags with lovely red ribbons that she teased into curls with a pair of scissors. I wasn’t jealous, but I did think to myself how nice it must be to get invited to the neighbors' for a little friendly, pre-season gossip. I was surprised, though, by how easily this division of domestic duties has repeated itself through holiday traditions.

Researchers like David Sinardet and Dimitri Mortelmans have shown that when it comes to exchanging gifts and keeping our kinship network strong, it’s women more than men who do the work. In my culture, at least, women still take more responsibility for gift selection and gift-giving. Indeed, if we trust the science, then the jolly red-suited Santa that we love has to be a woman. No two ways about it. Men just aren’t as likely to find the same meaning from wrapping presents.

I like to think my partner and I both make an equal but different contribution to our family at other times of the year. My paid work is a little more demanding, a little higher paid. Hers is more 8 to 4, with occasional evenings. We both like what we do. All that aside, when it comes to making our house a home, she has me beat by a mile. A mile of ribbon, a ton of dough, and more fancy scrub brushes than I know what to do with. I struggle with these traditional roles and do what I can to avoid them. The holidays, however, seem to accentuate our differences. Is this sexist? Or is this finding comfort through traditions that we were handed during our childhoods?

Of course, there are things I do around the house that she’d rather not do, but does only when she has to. We are both picky about what we perceive as our zones of influence. I don’t see the crumbs on the kitchen floor until they crunch underfoot. She never seems to worry if a picture is hanging straight and in the exact center of the wall. I certainly don’t know the difference between a house that is decorated for the holidays the “right way” and one that looks like an elf vomited Christmas in the living room. My best efforts at decorating would result in a Charlie Brown Christmas tree and a single string of lights limping from the eaves. Thankfully, my partner has other ideas.

If it sounds traditional, that’s because I think my partner wants it that way. That same research on gift-giving that I mentioned earlier found that women tended to experience much more satisfaction from selecting presents for others than men. Women also experienced gift exchanges as symbolic expressions of connection. For men, however, gift exchange tends to have instrumental value. Men are likely to think to themselves, “They needed that,” or “I owed them a gift,” rather than experiencing the reward of a long-term sense of belonging to a family and community. This should be no excuse for leaving the bulk of the work over the holidays to my partner, but it is at least a small consolation, knowing that she likely experiences some sense of satisfaction for all the wrapping she does.

Which brings me back to Santa Claus. Santa is surely a woman, at least in my home, and from what I can see around my neighborhood, in most other homes as well. All those perfectly chosen presents? Knowing exactly what the kids want? It’s not that a daddy Santa couldn’t do all that. It just doesn’t make any sense to me. If I look around at my friends and colleagues, none of the guys would be up for the challenge. None of them seem to value the labor of gift-giving enough to take it on. Not even the single dads who have learned to braid little girls' hair and meet most other domestic challenges with flair. Nope, there is something about Santa Claus that reminds both my partner and I of times gone by. Of roles we saw our parents fulfill. Is that bad? Is it wrong to feel comfortable in the anachronism of a time that wasn’t very simple, nor very just? At this time of year, it can feel like I’m watching an old black-and-white movie, my life at home a glimpse into the past.

So what if Santa is a woman? Wouldn’t it be an empowering symbol for our daughters, and a lesson in gender equity for our sons? Besides, these days, who wants their kids sitting on some strange man’s knee at the mall? If we’re going to tease our children with fantasy, wouldn’t it be nice to have a few more female superheroes to tell them about? I say, who better than Santa?

Of course, it would be even nicer if Santa was gender neutral. Like those children being raised by New Age enlightened types that never tell their child his/her/its gender. Sadly, I’m just not sure we’re there yet. The world is not equal. We found that out this past year in sordid detail, from people who are supposed to inspire us in the creative arts. We saw our politicians fail us and turn into sexual predators. Even pedophiles. It would be nice to give our children, especially our daughters, someone they can look up to. Mommy Santa ticks a whole lot of boxes.

I propose we redefine Santa. Let’s look beyond the gendered stereotypes. Let’s, for a moment, ignore the presents and see instead the generosity. Let’s see Santa as a celebration of character strengths, such as perseverance, empathy, emotional attunement, thoughtfulness, courage, organizational skills, problem-solving, and kindness. The list is long. Around my house, the person that embodies these values most at this time of year is my partner. And so the Santa suit is hers. She is the one making the season bright. I may wish I were up to the task, but my conditioning is too set. Or maybe I’m too lazy? It can be hard to tell most days which excuse is the better one.

I don’t think I’m the only one who imagines Santa as a woman. Or gender neutral. Last year, during a light snow, I sat in a coffee shop on Montreal’s St. Catherine Street as a hundred Santas bicycled by. There were tall ones, short ones, some joyfully rotund, others skinny as a Pez candy dispenser. And there were women Santas too. I remember thinking how odd the first one looked. Then more and more followed, until I stopped seeing men and women. Instead, I started seeing red suits with happy people inside who understood the value of making others smile. In my house, my partner does that better than me. For our children, both our boys and girls, maybe one day they’ll take no notice of whether the figure standing by the chimney is wearing a beard or has the softness of a grandmother’s cheek. Until then, I’ll keep doing what I’m told by the real Santa in our house and hope I get my part right.