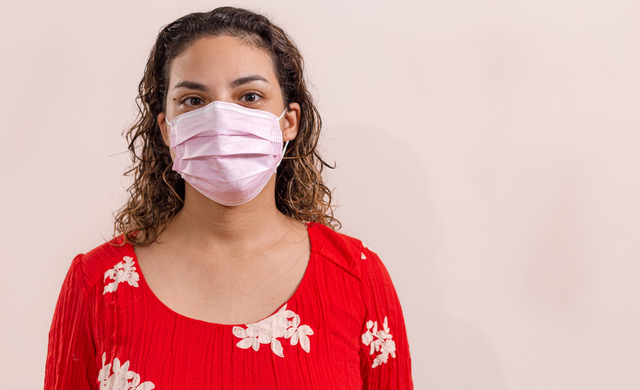 There may be worrisome health trends coming for some U.S. Hispanic adults who get COVID-19.

While race and ethnicity data about the coronavirus isn’t complete, the reported numbers so far suggest Hispanic American adults of any race are disproportionately represented in certain coronavirus measures:

Considering that Hispanic adults under 54 represent more than half of the country’s largest ethnic group, many people in that age group who survive COVID-19 may be facing a tough recovery and long-term poor health. Already, the potential health implications for young adult survivors of COVID-19 are worrying doctors such as Olveen Carrasquillo, MD, the chief of general internal medicine at the University of Miami’s Miller School of Medicine.

“No one knows what the long-term consequences are,” says Carrasquillo, who has treated COVID-19 patients at Jackson Memorial Hospital in Miami. “But when you look at these people’s X-rays, I mean, they’re horrible-looking X-rays. Some of us are really scared that, you know, sort of younger, middle-aged people, they’re going to be predisposed to further lung disease later on.”

Youth Not a Protection

At Montefiore Medical Center in the Bronx, NY, Oladimeji A. Oki, MD, says even younger patients he’s seen have struggled with shortness of breath as they recover from COVID-19. Some patients have weakness, confusion, and pain that persist months after they’ve pulled through the worst of the disease, says Oki, an assistant professor at the Albert Einstein College of Medicine.

“Especially if you are looking at patients who were already pretty debilitated, it’s going to be hard for them to get their health back on track with a lot of the stuff we recommend -- like regular exercise, good dieting -- when they can’t really exercise because they are so winded,” he says.

There are studies underway in the U.S. and abroad to understand the long-term effects of COVID-19. One report from China showed that among patients who had been critically ill, some had heart disease and lung problems that made it difficult to breathe. Other studies suggest that COVID-19 may be linked to kidney and liver damage, and neurological problems such as headaches, strokes, and seizures.

Alejandra Sanchez is familiar with those lingering problems.

The Dallas aesthetician says she’s having a hard time shaking off the lingering cough and fatigue she got when she had COVID-19 in mid-May. Sanchez, who says she has two autoimmune disorders and arthritis, recalls toughing out a fever, vomiting, diarrhea, pneumonia, dizziness, headaches, and other severe symptoms of the disease for about 2½ weeks before some of them began to subside. Meanwhile, her husband and two children who had the disease weren’t hit as hard.

“The headaches were horrible,” says Sanchez, 38. “I couldn’t sleep sometimes.”

Although she wants to get back to work, she says she’s going to sit tight for now.

“I don’t want to go work somewhere and get it and die from it. If I got like that and I was OK, imagínate ahorita [imagine now] that I went through all that,” she says.

Quick Diagnosis and Care a Key

Sanchez says she encourages people with early symptoms to get medical care and advice sooner rather than later. She says she didn’t call or go to a doctor until she got really sick in part because she didn’t know what to do after testing positive for the virus.

“It’s not fake, it’s real,” she says of the potentially deadly disease. “My older son and the other one thought it was fake until I got it.”

Without studies, it’s hard for public health officials to pin down why the virus appears to spread rapidly in Hispanic communities.

In some cases, the virus has spread among friends and families at gatherings. Some experts say the number of cases in Hispanic people may be high because they are more likely to live with family members of different generations. Others point to statistics that show Hispanic people are more likely than non-Hispanic whites to work in construction, housekeeping, grocery stores, and other essential services that put them at a higher risk of getting the virus.

In addition, health experts say that lack of Spanish-language coronavirus prevention materials may make some communities more vulnerable. A recent study that looked at coronavirus awareness early in the crisis in the United States suggests that Hispanic Americans weren’t well-informed about virus symptoms and how the coronavirus spreads on surfaces.

Health data on chronic conditions that may worsen COVID-19 may help explain why young Hispanic adults appear to be more likely than whites to be hospitalized for severe symptoms of COVID-19. This suggests they are more seriously affected by the illness.

Hispanic adults have high rates of diabetes, obesity, and other chronic conditions that may be linked to severe COVID-19.

In addition, Hispanic adults are more likely than their non-Hispanic peers to say they are in poor or fair health -- and data shows that Hispanic young adults appear to be in poor health.

Disparities in Insurance at Play

Another reason why Hispanic people with COVID-19 may have more severe symptoms: lack of health insurance. According to census data, Hispanic Americans are less likely to have health insurance than non-Hispanic white people, which helps explain why some don’t seek medical care right away when they need it. In some states where Hispanic people represent a large proportion of the population -- including New Mexico, Texas, and Nevada -- they are less likely to be insured than non-Hispanic white people. Among those states, Hispanic people in Texas are the least likely to be insured.

But the data on chronic conditions doesn’t fully explain why the pandemic appears to be hitting some Hispanics harder than their non-Hispanic white and Black peers, Carrasquillo and Oki say.

To better understand why that is, Carrasquillo and Oki say doctors, public health officials, and other experts need to consider quality of health measures such as education, income level, insurance coverage, and exposure to racism and prejudice in the health system, among other things. Hispanic Americans of any race are less likely than their non-Hispanic white peers to have at least a high school diploma, have a bachelor’s degree or higher, and have health insurance. Hispanic households have a significantly lower median income, compared with those of non-Hispanic white Americans.

Many of those social factors determine whether someone is more likely to be able to work from home, work in jobs that are considered essential, and have a car to avoid taking public transportation, Oki says.

“There’s no biological reason why the Latinx community would be affected more, that has been shown in any sort of research study,” says Oki. “But all these differences are purely due to social factors: environment, prejudice, discrimination, housing inequality.”