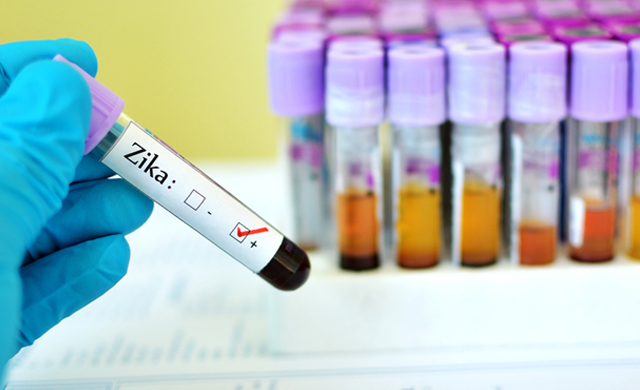 Awareness in the United States about the potential hazards of the mosquito-borne Zika virus is sorely lacking, said health professionals who attended the 20th-annual National Hispanic Medical Association conference in Washington, D.C.

"The awareness and engagement of the population is not there. It's really hard to shake the population to get involved in controlling this when there is little attention to it right now," said Dr. Gustavo Ferrer, a Florida-based physician who spoke about the virus at the conference, the largest gathering of Latino doctors and dentists in the country. "People are very distracted. We have too many things on our plate here in the States. We really need to continue to educate the population."

Ferrer's remarks come as a presidential request for $1.9 billion in emergency funding to help prevent and treat the spread of Zika languishes in Congress. The Centers for Disease Control (CDC) confirm that there are more than 800 people in the United States with the virus, which can cause severe birth defects. Several legislators are pushing for congressional action.

Congressional inaction is worrisome, said NHMA conference attendee Dr. Sergio Rimola, a Virginia physician. "This is very serious and it's going to have a serious impact. Zika is a global emergency, but Congress is not moving on it. This is what happens when you have a divided Congress. Maybe when it gets warmer out, they'll see there's a need and they'll start to pay attention and get some legislation approved for funding. At least that's what we hope they do," Rimola tells NBC Latino.

Apart from the issue of Zika, conference attendees discussed the need to have a greater number of Latino students enter the medical field and other healthcare professions.

The Association of Medical Colleges estimates that by 2020, the nationwide shortage of doctors will grow to more than 90,000, and that doesn't even include nurses and healthcare providers - careers that are already experiencing shortages, especially among Spanish speakers.

The NHMA is supporting legislation that it hopes will help address that problem. H.R. 2927 would allow Hispanic-Serving Institutions (HSIs) to use funding for programs to help students entering medical school. The bill is co-sponsored by two doctors, Republican Joseph Heck of Nevada and Democrat Raúl Ruíz of California.

Most Hispanic students that are in science and math have not been given mentoring or counseling urging them to pursue becoming a doctor, nurse or other public health worker, said Dr. Elena Ríos, NHMA president and CEO. "With the Affordable Care Act there are many more people insured and we have so much need for more students from all over America to think about jobs in healthcare," she said.

"A lot of the medical schools are going to students in the top universities without even looking at Hispanic Serving Institutions," Ríos told NBC Latino. "In those institutions we have thousands of students; if they had the right skills and mentors, they could be in that applicant pool, and this bill is a special pathway for them to get them into the pipeline. This is so sorely needed," Ríos added.

Rosalía Fajardo is an attorney who founded the Multicultural Family Education Center in northern Virginia, which provides workshops and information on college access for Latino students interested in STEM careers. She agrees with NHMA president Ríos.

"The future of our country is in their (young Latinos) hands," said Fajardo. "We want to let Latino students and their families know that it is possible to become doctors and other health professionals. It may seem like it's impossible financially, but there are many programs available. A lot of parents aren't aware of what's out there to help make it possible. The most powerful tool we have is to dream and make it a reality."

The Affordable Care Act, more commonly known as Obamacare, is entering a stage where, while most people are familiar with it and are signing up, there is still an information gap, according to healthcare professionals at the conference.

"Some people have never had insurance until Obamacare, and the next chapter of healthcare reform is to educate the people about insurance," said Dr. Jaime Torres, a physician in New York City. "Even the idea of having insurance is a new thing for them, so we have to educate them on what is a deductible, what is a copayment, etcetera. These are things that behoove us to become more educated so we have the tools to help our patients."

The system as it is right now has many nuances and that can be daunting for many, says Dr. Nereida Correa, a New York ob-gyn and medical school professor.

"We have to train the people to help people navigate through the system. Some people have to be led, and sometimes they are misled. I have patients who come to me and tell me they have a high deductible thinking that is a good thing, when it is not. It involves a lot of education now. I tell patients to empower themselves and check and call if they have to. It (Obamacare) really is a work in progress."

The NHMA conference also looked at the State of Latinos, a groundbreaking research study that began several years ago and goes through next year, involving 16,000 Hispanics in several areas, including New York City, southern California, Chicago, and Miami. The study looks at Latino subgroups, including Puerto Ricans, Dominicans and Mexican Americans. Participants are given a series of tests, including hearing, vision, pulmonary, dental, and psychological, with clinician follow-up.

Talavera said they are trying to determine what accounts for this resiliency factor.

"It would be great if we had something that we could detect within our culture that could explain why we're seeing this difference," said Talavera, who hopes to expand the study to look at other factors, including diabetes prevalence. "We're hoping to shape policy with this kind of research."