When Your Mom Gets Cancer 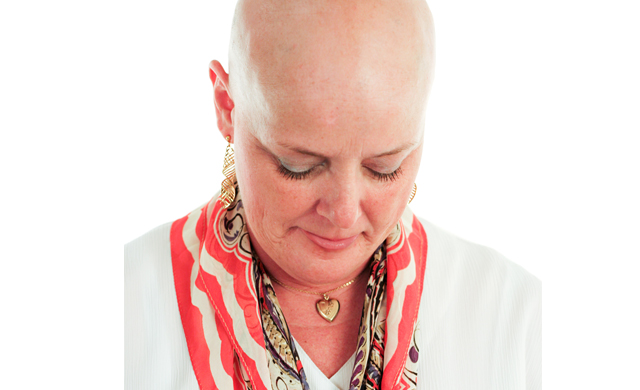 For years my mom avoided going to the gynecologist out of embarrassment (typical response from an older Latina). “Que pena,” she would tell me. After all, my mom, who was born in Havana, Cuba, had been brought up in an ultra-conservative environment. Case in point, even after she and my dad married in a civil ceremony my abuela or aunt chaperoned them until their church wedding a few days later.

So when my 70-year-old post-menopausal mom called me in the summer of 2011 to tell me she had some “bleeding” and it had been a week already, I told her to go to the emergency room. “Que pena,” she told me. When I couldn’t convince her to go to the hospital, I called her best friend of 20 years, to go pick her up and take her. Several doctor appointments later, she was scheduled for a hysterectomy.  I flew down to Miami from Atlanta to be with my mom for the surgery. We even took a selfie as she laid in bed, complete with hat, gown, and her IV. We still managed to smile because it was all going to be all right – or so we hoped for. Right before Thanksgiving 2011, we found out she had Stage III endometrial cancer which occurs when there are abnormal growth of cells in the endometrium (the lining of the uterus or womb). Currently, it’s the fourth most common cancer among U.S. females. Additionally, the cancer was aggressive and had seeped into the lymph nodes in her abdomen. This meant she would need to undergo chemotherapy not just localized radiation as originally thought.

As a child, my mom had polycystic ovary syndrome and as a married women, she endured 11 years of infertility before conceiving one time – with me. Given her reproductive history as well as the fact that she was 45 lbs overweight with high blood pressure and diabetes became factors that increased her risk of endometrial cancer. However, with all her ailments (carpal tunnel, knee issues, compacted vertebrae, and shingles) we simply overlooked this area.

When you look at the research on U.S. Hispanic women and health issues (e.g., cancers), many indicate that Latinas have a higher incidence than non-Latinas. More often than not, the rationale given is the lack of access Hispanics have to good healthcare whether it be a result of education, socio-economic status, or language. However, that only begins to unearth the real issue lurking below: culture and its direct influence on how Latinas view healthcare as well as other industries such as the financial and government sectors. Let’s face it, my mom didn’t like going to doctors let alone a non-Hispanic physician (another topic for another day), and she especially disliked visiting the OBGYN because she felt embarrassed. Don’t get me wrong I don’t enjoy these visits either but that won’t stop me from getting my annual visit or my pap smear every three years.

Unfortunately, two years after her cancer diagnosis, which included two rounds of chemo and one round of radiation, my mom passed away. She was in that rare percentage – 13% of women who have stage III or IV.

I often think of what I could have done differently to have ensured she could see her grandchildren turn 6 and 7, and 8 and 9, etc and to have had another Christmas or see another sunset. Perhaps I could have encouraged her to change her eating habits, exercise, sleep 8 hours a night, and visit her OBGYN. However, I cannot change the past, but I can help shape the future and so can you. I encourage you and all Latinas to live healthier lives by eating better and exercising. Be aware of your health so that you will live a long life, watch your children grow up, enjoy many Noche Buenas to come, and bask in the fading rays of puestas del sol.