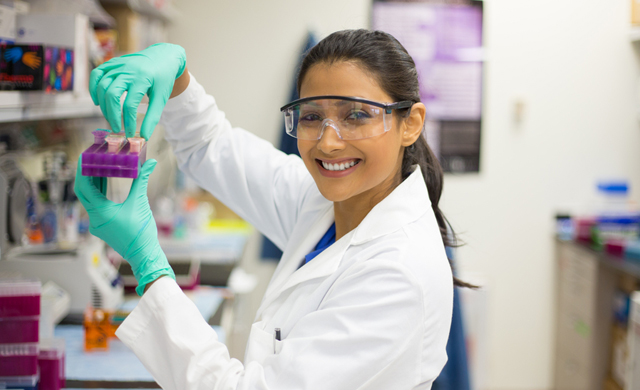 Understanding cultural values and making Hispanic patients part of the conversation is key to changing behavior and advancing research.

There are a lot of exciting developments going on at City of Hope with regards to diabetes research and the outreach that we are doing to educate and empower the community. On the research side, we’ve been gathering information and looking closely at how different exercise regimens and diets affect the disease. It would be premature to make strong recommendations one way or the other from this data without investing more to really study it effectively, so what we’re doing now is looking at certain markers of the disease and seeing how those are affected. Accurate information gathering at this point is serving as the foundation enabling us to look at the influence of diet and exercise on these markers.

One of the researchers I work with is a molecular biologist, and she’s looking at the changes in DNA, which actually appear to be quite similar for diabetes and cancer. If we could find one common to both cancer and diabetes, that would be the golden ticket, and that’s what we’re working to do now.

From the patient’s point of view, we’re continuing to look at why people make the decisions they do. With all of this information that we’ve gathered, the next step is figuring out how to make usable recommendations about diet and exercise that people can and would actually implement in their daily lives.

That’s the scientific side of things. On the community side, we’re doing a lot of outreach to youth, particularly through the churches. As I wrote about previously, there is an epidemic of obesity in this country – and that equates to an epidemic of diabetes risk factors and children in our communities at risk of becoming diabetic in adulthood. Interestingly enough, people who subscribe to a certain faith often disassociate eating and exercise from their health and well being. When we look at some of these different religious denominations, we try to promote healthier living by positioning it in terms of their beliefs. For example, if they follow the Bible, we point them to the scripture about sloth and gluttony.

For me, this is where the battle with obesity will be played out. In a broader sense, it’s infusing diet and exercise with cultural relevance by understanding what’s relevant to the patient and what matters in their lives. With kids especially, they are susceptible to social pressures, so we try to get them to realize how far their actions may be straying from their supposed values. But we also have to be aware of how dietary and other changes we recommend may be perceived as trying to change the culture.

We also have to address the notion in some cultures that if you get a chronic disease such as diabetes, it’s your fault and you somehow deserve it. It’s probably the hardest of all to deal with, because it comes with the mindset that there’s nothing you can do about it except resign yourself to your fate.

This was the traditional perception of physical illness, that it was the manifestation of some other problem. For example, if you were having personal problems with your spouse, rectifying the relationship would cure whatever disease you had. With my generation came a combination of these Old World beliefs with more modern thinking. Though this generation is more aware of medical science, they still check in with friends and family members when there is a health issue and they make sure to remedy any problems in their relationships.

This is another example I pass on as a reason why you’ve got to appeal to people based on their cultural values. You can talk about diet and exercise all you want, but eventually you’ve got to address the underlying reasons keeping people from living a healthier lifestyle. Sometimes you get cases where there is a great deal of family stress and their resources are just too inadequate. So they’re basically dealing with all three risk factors for diabetes – and it can be overwhelming to hear that you’ve got to change your diet, be more active, and manage your stress, even during the best of times.

As physicians, it’s a delicate dance, not just understanding the Latino culture but the nuances of each subculture, debunking the myths about chronic disease, and motivating people to change without pushing too hard that it seems you’re trying to change the culture.  It’s why I encourage my Latino patients to bring their own much needed perspective to the table; it’s a different aspect to care and one they’re not used to. But it is appreciated and much more effective in terms of diabetes prevention and better care when you invite patients to be part of the conversation and part of the solution.