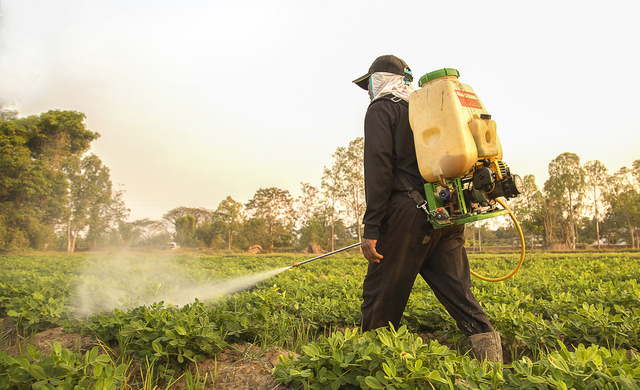 Hispanic American adults exposed to smoke from burning wood, vehicle exhaust, pesticides or metals at work are more likely to have abnormalities of the heart structure function, according to a study published Wednesday by Journal of the American Heart Association.

These abnormalities could lead to heart disease, particularly in those who already put their heart health at risk by smoking, the researchers said.

"Policies and interventions to protect the environment and safeguard workers' health could reduce the risk of cardiovascular disease, such as heart failure, especially among low-income occupations that have higher exposure to these harmful pollutants," said Uwamungu, a cardiology fellow in training at Montefiore Health System in New York City,

Earlier research has focused on the effects of exposures where people live, and in those studies, "people with Hispanic or Latinx backgrounds have been underrepresented," Uwamungu said.

For this study, he and colleagues surveyed 782 working adults who were part of the Hispanic Community Health Study-Study of Latinos. Study participants were of Mexican, Puerto Rican, Cuban, Dominican, Central American or South American background and lived in the Bronx borough of New York City, Chicago, Miami and San Diego, the researchers said.

Participants reported on their exposures to workplace pollutants, including burning wood, pesticides, metals and vehicle exhaust, according to the researchers.

The study team also performed ultrasound testing on study participants to examine their hearts for structural abnormalities. Study participants were, on average, 53 years old and 52% were women, researchers said.

Of the 782 participants, 21% reported occupational or environmental exposure to at least one toxic substance, the data showed.

Occupational exposure to vehicle exhaust, reported by 53% of the participants, was associated with decreased right ventricular systolic function and a decreased left ventricular longitudinal strain, both of which are indicators of the heart's reduced pumping ability, researchers said.

Occupational exposure to burning wood or wood smoke, reported by 13% of study participants, was associated with 3.1% reduction in the ability of the left ventricle of the heart to pump blood, the researchers said.

Occupational pesticide exposure, reported by 20% of participants, was associated with an abnormal global left ventricular longitudinal strain, which is a measure of the left ventricle's ability to contract, according to the researchers.

In addition, people exposed to burning wood, vehicle exhaust, pesticides and metals who had worked in their jobs for many years -- 18 years on average -- were more likely to have features of abnormal heart function and structure, the data showed.

Those exposed to metals at work also were more likely to have abnormal left ventricular longitudinal strain and increased left ventricular muscle mass, which is a known risk factor for heart disease, the researchers said.

"Healthcare professionals should routinely ask patients about exposure to pollutants at work to guide prevention, diagnosis and treatment of early stages of heart disease," Uwamungu said.