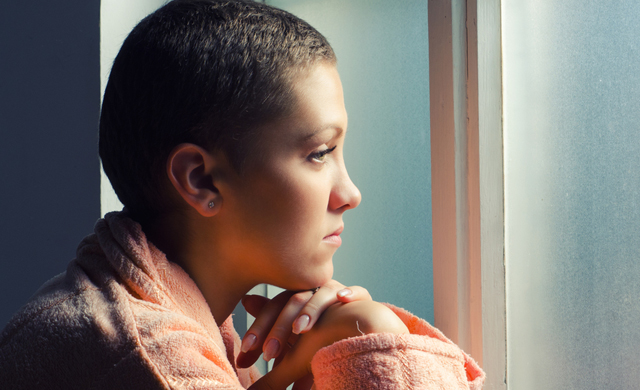 BCRF investigator Dawn Hershman, MD, MS of Columbia University Medical Center and BCRF Grantee looks for differences in recurrence scores between Hispanic and non-Hispanic white women with the most common type of the disease.

Research has fueled significant progress against breast cancer—the overall five-year survival rate for female breast cancer patients in the United States has increased from 75 percent in the mid-1970s to 90 percent today, according to the American Cancer Society 2014-15 Facts and Figures report. Despite the progress, breast cancer outcomes vary among women of different races and ethnicities.

While Hispanic women are less likely to get breast cancer than non-Hispanic white women, those that do are nearly two times more likely to die of their disease. Research supported by the Breast Cancer Research Foundation (BCRF) has shown that this disparity in breast cancer survival may be due in part to differences in the biology of the breast cancer.

The Oncotype DX® assay is a commercially available test that can help doctors predict a patient’s risk of distant recurrence (metastasis) and response to chemotherapy. The test measures the level of activity of 21 genes involved in tumor growth and generates a recurrence score based on this information. Using this test, BCRF investigator Dawn Hershman, MD MS and colleague Kevin Kalinsky, MD MS at Columbia University looked for differences in recurrence scores between Hispanic and non-Hispanic white women with early stage hormone receptor positive, HER2 negative breast cancer, the most common type of the disease. They predicted that tumors in the Hispanic women would have higher recurrence scores.

While the tumor types were very similar between the two groups of women and the overall scores did not differ significantly, the researchers discovered that the tumors in the Hispanic women showed signs of rapid cell growth. This is in contrast to the slower growing tumors in the non-Hispanic white women. Two genes in particular called CCNB1 and AURKA seemed to be driving this effect.

The findings suggest that differences in tumor growth rate may contribute to the disparities in breast cancer survival in hormone receptor positive, HER2 negative breast cancers, which tend to be the most treatable breast cancers overall. Larger studies are needed to confirm the results. “Our findings may have potential for treatment options for Hispanic women,” noted Dr. Hershman. “For instance, a new drug that targets the AURKA gene is currently under development.”

Because Hispanic women are historically underrepresented in clinical trials, we know less about the biologic diversity of their breast cancers. These studies are important not only in advancing the clinical care of breast cancer in Hispanic women but also in learning how to prevent it.