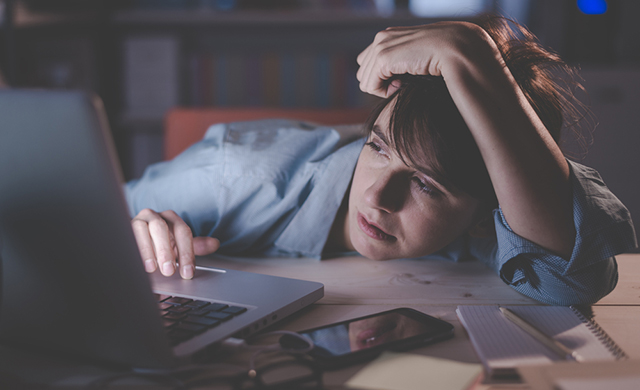 Researchers say the finding supports previous research linking obesity and artificial light at night, such as that emitted by mobile devices.

Looking at the LED light in the screens of mobile devices at night may increase a person's blood sugar and desire to eat sugar, a study with rats suggests.

After an hour of exposure to the blue light from LED screens, male lab rats showed a fluctuation in glucose tolerance, an early warning of pre-diabetes, according to research presented Tuesday at the Society for the Study of Ingestive Behavior.

"Limiting the amount of time that we spend in front of screens at night is, for now, the best measure to protect ourselves from the harmful effects of blue light," Anayanci Masís-Vargas, a researcher from the University of Strasbourg and study lead author, said in a news release.

After exposing male lab rats to LED blue light for only an hour, the researchers gave the animals the option of consuming healthy rodent food, water, lard or sugar water. The rats drank more sugar water on nights they were exposed to blue light than. The researchers say this exposure to blue light could interrupt the ability to process sugar, suggesting it may lead to diabetes.

The study supports a research published in 2016 suggesting that blue light can interfere with the body's ability to regulate blood sugar. Researchers in the 2016 study, conducted with humans, saw a direct correlation between nighttime blue light exposure and food consumption during that period.

"In case it is necessary to be exposed to devices at night, I would recommend the use of apps and night mode features on the devices, which turn the screens more orange and less blue or the use of blue light filtering goggles that are already available in the market," Masís-Vargas said.