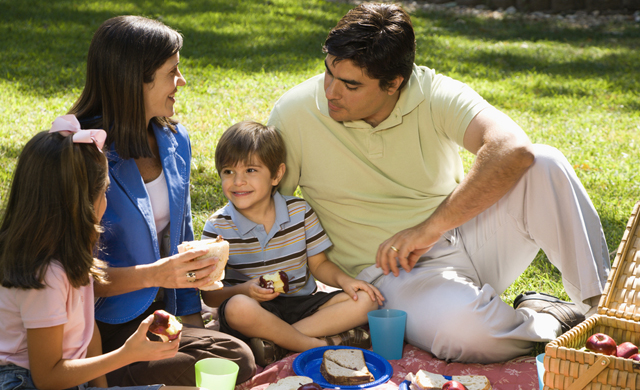 Childhood hunger and obesity, often two sides of the same coin, continue to challenge the health and overall well-being of American children.

The depth of these issues has prompted policymakers at the federal, state, and local levels to recognize that the health of future generations is contingent on improving the nutritional status of American families.

First Lady Michelle Obama, together with leaders in Congress, made childhood obesity and nutrition a top policy priority for the nation. In 2015, Congress has an opportunity to maintain and strengthen critical child nutrition programs authorized under the Healthy, Hunger-Free Kids Act of 2010, which is set to expire on September 30, 2015. While these and other efforts help ensure that millions of children can access healthy and nutritious foods, too many children continue to struggle. One in six families still reported not having enough food at some point 2014,1 and nearly 32% of all American children were overweight or obese in 2012.2

Addressing the unique needs of the Latino3 population must be an integral part of any strategy to promote and improve child nutrition. There are currently over 17.5 million Hispanic children in the U.S, representing one in every four children.4 Hispanic children are the fastest-growing segment of the child population in this country and expected to represent nearly one in three children by 2040.5 They are also among the hungriest in America, making up about 30% of children living with hunger.6

Latino children have one of the highest risks for obesity; researchers estimate that nearly 40% of all Latino children ages two to 19 were overweight or obese in 2012.7 Because hunger and obesity have serious implications for the developmental and health outcomes of children and adolescents, it is imperative to take action now to better address the myriad factors influencing poorer nutrition and health outcomes among Latino children. NCLR’s health policy work aims to improve this situation and increase the opportunity for Latino children to enjoy a bright future with good health. With updates to a 12-part series first produced in 2010, Profiles of Latino Health: A Closer Look at Latino Child Nutrition provides the latest research and data on issues affecting Latino child nutrition.