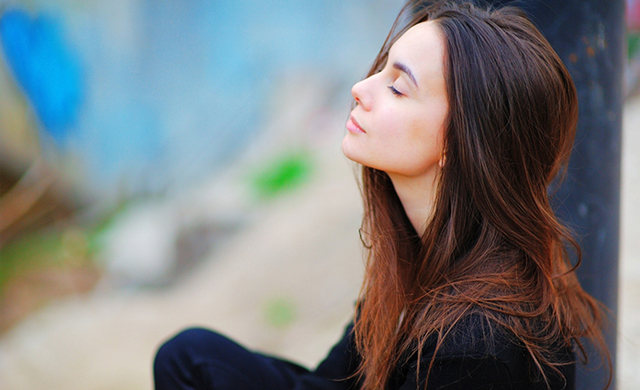 It's a difficult birth for this new decade. The year 2020 kicks off under the shadow of divisive politics, international security threats, a spate of hate crimes, and a planet in environmental peril, plus all the reasons we're stressed individually: work, health problems, life changes and more.

No wonder so many of us are anxious or depressed.

But you can take scientifically validated steps to improve your mental outlook, and -- because the mind and body are entwined -- these behaviors also will improve your overall health.

The studies are positive: Looking on the bright side of life really is good for you. Optimists have a 35% less chance of having a heart attack or stroke, are more likely to eat a healthy diet and exercise regularly, have stronger immune systems; and even live longer. In fact, a 2019 study found people with the most positive outlook had the greatest odds of living to 85 or beyond.

Optimists also believe they have control over their fate and can create opportunities for good things to happen.

Not a natural optimist? No worries. Science has shown you can train your brain to be more positive. Only about 25% of optimism is programmed by our genes anyway.
"There is research which indicates that optimism can actually be enhanced or nurtured through certain kinds of training," neuroscientist Richard Davidson said. Davidson is the founder and director of the Center for Healthy Minds and has done groundbreaking work on the link between mental attitudes and physical health.

"When these kinds of mental exercises aretaught to people, it actually changes the function and the structure of their brain in ways that we think support these kinds of positive qualities," Davidson said. "And that may be key in producing the downstream impact on the body."

According to a meta-analysis of existing studies, using the "Best Possible Self" technique is one of the most effective ways to increase your optimism. It's based on exercises that ask you to imagine yourself with all of your problems solved in a future where all of your life's goals were achieved.
In one study, people who did this for only 15 minutes a week over an eight-week period became more positive and remained that way for nearly six months. What do you have to lose?

A prayer attributed to St. Francis of Assisi tell us, "It is in giving that we receive."

Turns out he was scientifically right. Studies have shown that putting the well-being of others before our own without expecting anything in return, or what is called being altruistic, stimulates the reward centers of the brain. Those feel-good chemicals flood our system, producing a sort of "helper's high."
There are physical benefits, too: Studies show volunteering minimizes stress and improves depression. It can reduce the risk for cognitive impairment. It can even help us live longer.
Even if you have little time to offer, just the act of giving has been shown to improve our health, possibly by temporarily reducing our sense of pain.
A new study found that people who said they would donate money to help orphans were less sensitive to an electric shock than those who declined to give. In addition, the more helpful people thought their donation would be, the less pain they felt.
Looking for ideas? CNN has a country-by-country list of aid organizations around the world.

We heard a lot about the benefits of thankfulness in the last decade, and that is backed by science: Counting our blessings protects us against anxiety and depression and boosts optimism. Need more proof? Middle-schoolers who practiced gratitude exercises had less problem behavior.

One of the best ways to make thankfulness a part of your life, say experts, is to keep a daily journal. Before you go to bed, jot down any positive experience you had that day, no matter how small.

But you can also do this via the practice of mindfulness, or a purposeful self-regulation of attention to stay in the moment. One of Davidson's favorite mindfulness exercises cultivates gratefulness.

"Simply to bring to mind people that are in our lives from whom we have received some kind of help," Davidson told CNN. "Bring them to mind and appreciate the care and support or whatever it might be that these individuals have provided."

If you do that for one minute each morning and evening, he added, that sense of appreciation can broaden to others in your life and bolster optimism and better mental health.

"People who are more socially connected to family, to friends, to community, are happier, they're physically healthier, and they live longer than people who are less well connected," said Harvard psychiatrist Robert Waldinger in his popular TEDx talk.
The proof for this comes from the Harvard Study of Adult Development, which tracked 724 Boston men for more than 75 years and then began following more than 2,000 of their offspring and wives.

"The clearest message that we get from this 75-year study is this: Good relationships keep us happier and healthier. Period," Waldinger said.

And you don't have to be in a committed relationship or have scores of pals to get this benefit. Instead, it's the quality of the relationship that matters, he said.

"High-conflict marriages, for example, without much affection, turn out to be very bad for our health, perhaps worse than getting divorced," Waldinger said. "And living in the midst of good, warm relationships is protective."

University of Pennsylvania psychologist Martin Seligman, who co-founded the field of positive psychology, says a sense of purpose will come from being part of something bigger than ourselves. He points to religion, family, and social causes as ways to increase meaning in our lives.

It doesn't have to be a traditional religion to be effective, according to Lord Richard Layard, one of Britain's most prominent economists and the author of several books on happiness.

In his landmark book, "Happiness: Lessons From a New Science," he says spiritual practices can range from meditation to positive psychology to cognitive therapy.

"If your sole duty is to achieve the best for yourself, life becomes just too stressful, too lonely -- you are set up to fail. Instead, you need to feel you exist for something larger, and that very thought takes off some of the pressure."