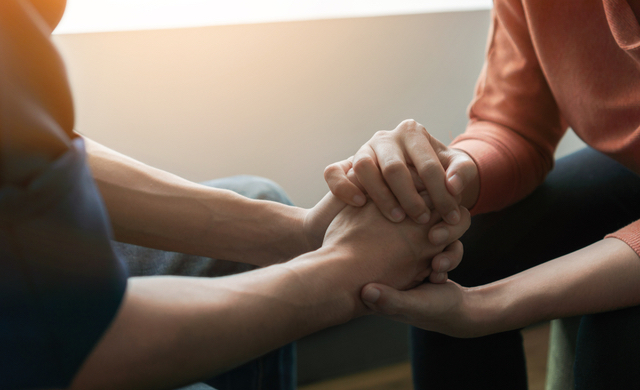 Mental health has been at the forefront of many discussions due to the pandemic and all the disruptions it has caused. But for some, the topic of mental health is one that tends to be pushed to the corner.

According to a Hispanic Health and Nutrition Examination Survey, in the United States, 28% of Puerto Ricans, 13% of Mexican Americans and 10% of Cuban Americans had symptoms of depression – yet only 10% of these people actually seek help from a mental health provider.

The Hispanic community has continued to grow significantly in Wichita throughout the years. According to the United States Census Bureau, in 2018 the Hispanic population in Wichita, KS was 70,564 compared to 59,823 in 2010.

Tais Solis, a 20-year-old student at Wichita State University from Mexican heritage considers herself to be someone who often deals with depression.

“I have days where I am extremely happy and outgoing, other days I just want to cry and not be around anyone because I am not feeling happy,” Solis said.

Growing up, she felt that she could not speak about these thoughts with her family because she feared being judged or not understood. As Solis grew older and surrounded herself with friends of different backgrounds, she realized she was not alone.

“It is definitely hard talking about depression with your parents, especially when they don’t understand what it’s like, so their first reaction is to think that you can just get over it,” Solis says.

Every Wichita State student qualifies for counseling at student health for $10 per session. Solis said even though she hasn’t utilized this service yet, she keeps it in mind and is always open to use it if needed in the future.

“I usually confide in my friends. I am surrounded by so many wonderful people and I know I can always count on them to be there for me, give me great advice and not make me feel judged,” Solis said.

Solis said her parents have changed their views significantly towards mental health issues and are supportive of Solis seeking help for her depression.

Solis is able to talk about these issues with her friends. Some who are battling mental health issues themselves, including Solis’ friend Samuel Covarrubias who is a 24-year-old student at Wichita State University.

“My parents are hard-core Mexicans,” Covarrubias said. “I love how passionate they are about their culture, but it makes it hard sometimes to be able to talk to them about certain issues they don’t consider important or even understand.”

Covarrubias also suffers from depression. During the COVID-19 shutdown, Covarrubias felt like his depression got worse.

“It was definitely a difficult time [COVID-19 shutdown] especially because I felt very alone since I could not see my friends,” Covarrubias said.

“I feel like not being able to hang out with my friends as often definitely has contributed to me feeling depressed more often,” Covarrubias said. “I am stuck at home a lot of the time and the only people I can talk to and vent about my issues with are my family members.”

Covarrubias has used the extra time alone with his family to educate his parents and siblings about mental health issues.

Throughout the years Covarrubias has seen a great change in his parents’ behavior towards him. As a part of the LGBT community, he said he feels like his parents sometimes do not fully understand his struggles with depression.

According to the Centers for Disease Control and Prevention (CDC), depression affects members of the LGBT community at higher rates than the heterosexual population. LGBT teens between grades 7-12 are twice as likely to attempt suicide than heterosexual individuals.

As a teen, Covarrubias not only struggled with his identity as a gay person but also being able to be open about his depression with his very traditional parents.

“I am 25 years old now and I accept myself for who I am, but if I would have gone to my parents 10 years ago and told them I was gay and also suffered from depression, it would have been something they would have not been able to understand or help with,” Covarrubias said.

Recently, Covarrubias had to take a break from school and put his education plans on hold. He said that work and school was becoming too overwhelming and he needed to prioritize his mental health.

Covarrubias is one of many students who feels the stress that comes from school and work contribute negatively to their mental health.

According to the latest Association for University and College Counseling Center Directors survey, anxiety is the number one concern among college students (41.6%), then depression (36.4%) and finally relationship problems (35.8%).

“In Hispanic households, school is very important,” he said. “Most of our parents have very little education and not going to school or taking a break is a big no.”

To Covarrubias’ surprise, his parents were very supportive of his decision to take a break from school.

“As important as school is for me, I know it is one of the reasons why I was feeling extremely stressed, which contributes to overall being sad and depressed,” Covarrubias said. “I was feeling like I couldn’t breathe some days.”

Since taking a break from school, Covarrubias said that he feels his depression has gotten better. He is able to focus more of his time on hobbies, friends and family. His relationship with his parents has improved greatly in recent years.

Covarrubias now has an open-door policy with his parents. He feels comfortable enough to talk to them about his sexuality and depression.

“I am old and very traditional,” said his mom, Sofia Covarrubias. “My parents did not tell me about these things growing up, but I know that my son’s well-being is my number priority. I don’t care whether he is gay or straight, or whether he suffers from depression – I love him greatly.”

Covarrubias said he is very proud of how far his parents are willing to go in order to understand mental health issues.

“I love my culture.  As Hispanics, we are very loving individuals and care deeply about our family and because of this we need to normalize having these conversations [mental health] in our families for the well-being of our loved ones,” Covarrubias said. “I know when my family and I finally started having these talks, our relationship got stronger.”

The story of Tais Solis and Samuel Covarrubias is one of many out there within the Hispanic community in the United States.

This story was produced by WSU’s Advanced News Reporting class as part of the Wichita Journalism Collaborative, a partnership of seven media companies, including The Sunflower, working together to bring timely and accurate news and information to Kansans.