How to Stop Negative Thoughts and Think More Clearly 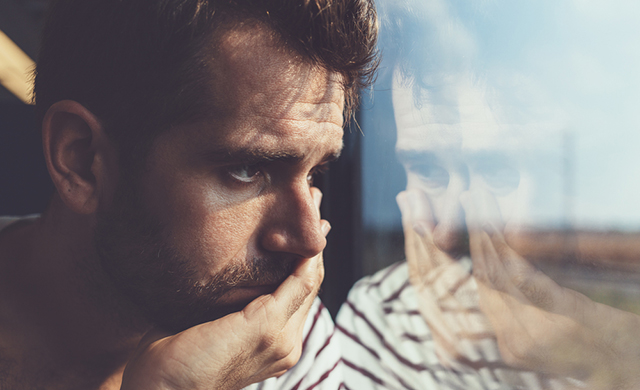 Sweep away the negative and repetitive thoughts crowding your brain—so you can think more clearly.

You've Marie Kondo'd your closet, or at least thought about doing it—and you strive to keep the rest of your home nice and neat. But your mental space? Let’s just say it can get a little cluttered too. Everyday worries (Why hasn’t Alex called me back?) and subconscious preoccupations (I can’t believe I just ate another cookie) occasionally pile up and muddy your mind-set. And more often than not, those chaotic, competing thoughts aren’t the productive kind; they just distract you from what’s going on in the moment and sap precious energy. The bottom line: “All that thinking can be exhausting,” says Sunitha Chandy, PsyD, a clinical psychologist in Chicago. Luckily for the busy-brained, however, we can learn to tidy away mental clutter and make room for more important stuff. Step one, says Chandy, is identifying the thoughts that keep tripping you up.

You’re obsessing over a past slight

Maybe your mother-in-law outdid herself with her latest passive-aggressive display, or your friend said something rather judgy. Whatever it was that stung, it’s still making you wince weeks later. The anger you’re carrying around may feel justified—but it’s dragging you down, says Lisa Marie Bobby, PhD, founder of Growing Self Counseling and Coaching. Every time you replay the offense or rehearse a comeback, you trigger a stress response in your body.

Clear the clutter: Expressing your hurt feelings could help you release a grudge and move on. But you know that. If you’re avoiding a confrontation, it may be because you don’t expect you’ll get the apology you deserve (especially from your MIL). There is another option: Draft a letter, and then throw it away, Bobby suggests. “The emotionally charged part of your brain that needs closure doesn’t actually care whether the other person is listening or not,” she explains. “So even just writing out your feelings can do the trick.”

You always expect the worst-case scenario

Is your personal motto “If something can go wrong, it probably will”? That kind of catastrophic thinking leads you to expend your mental resources anticipating bad turns of events—say, your kid not getting into any decent schools, for example, or downsizing at your company. (See also: your most morbid fears.) Worrying over potential pitfalls can create a spiral of negativity that’s hard to control.

Clear the clutter: You can’t banish intrusive thoughts, unfortunately. Trying to ignore them only makes them stronger. But you can flip your fears so they’re useful, says Chandy. Here’s a trick: Picture a worst case scenario, and make an action plan. Knowing you could actually handle a dreaded outcome may make it less scary. You can also let your what-ifs nudge you in a healthy way. For instance, if you’re worried a funny freckle might be melanoma, go see your derm. If you’re concerned about the safety of a loved one, drop her an out-of-the-blue text, and tell her you love and appreciate her.

Your checklist is endless

To-dos pop into your thoughts like whack-a-moles. Buy milk. Book flights. Email the vet. “Our brains are obsessed with undone stuff,” says time management expert Laura Vanderkam, author of Off the Clock. “Lest you forget about this stuff, your brain keeps reminding you over and over again.” But of course, the string of interruptions keeps you from focusing on the task currently at hand.

Clear the clutter: First, if you haven’t already, jot your list on a piece of paper. When you write down your to-dos, you get them out of your head—thereby relieving your brain of its role as reminder-in-chief. And try limiting the list to your must-dos. “There’s a big difference between what you feel needs to be done and what actually needs to be done,” says Vanderkam. Plus, you may find that when you stop taking responsibility for certain chores, others pick up the slack. “Eventually, someone else in your household may also want milk,” Vanderkam points out. “They may figure out that they can go to a store and, you know, exchange money for goods.”

You’ve got a case of impostor syndrome

Despite all evidence to the contrary, you’re not convinced you deserve your success— and that insecurity fills your mind with doubts. You don’t trust your instincts, and you second-guess your decisions. “The problem is, we know ourselves inside out,” explains Chandy. “So even if you’re great at something, you know about all the times you messed up or failed in the past.” And the little voice inside your head keeps whispering, “You’re a fraud.”

Clear the clutter: Remind yourself you’re human— seriously. That secret trunk of failures you’re hiding? Everyone’s got one. “You can’t be kick ass without making mistakes,” says Chandy. Then reality-check your negative thoughts about your abilities and your accomplishments. Look for facts that prove your worst suspicions. Chances are, they don’t exist.

You’re on a strict diet

Counting calories, carbs, grams of fat—all that tracking may help you slim down. But it also creates an obsession with food, says Talia Wiesel, PhD, an assistant professor of psychology at the Icahn School of Medicine at Mount Sinai in New York City. Between the constant calculations, guilt over slipups, and the inevitable hanger, a restrictive regimen can eat up a good deal of brain space.

Clear the clutter: Ask yourself why you are on this Earth. OK, that’s dramatic—but the point is, you’re surely not here to wear a size 6 or eliminate the (totally normal) cellulite on your thighs. “Your body doesn’t exist to be a ‘bikini body,’ ” says Wiesel. “It’s a vessel that allows you to do the things that really matter to you.” Consider switching to a more sustainable healthy-eating plan that’s gentler on your psyche. And when you feel self-critical thoughts creep up, use them to cultivate gratitude. For example, you might say, “I don’t love the way my legs look, but I appreciate them because they let me  run with my dog.”