COVID-19's Psychological Toll: Mental Distress Among Americans Has Tripled During the Pandemic Compared to 2018 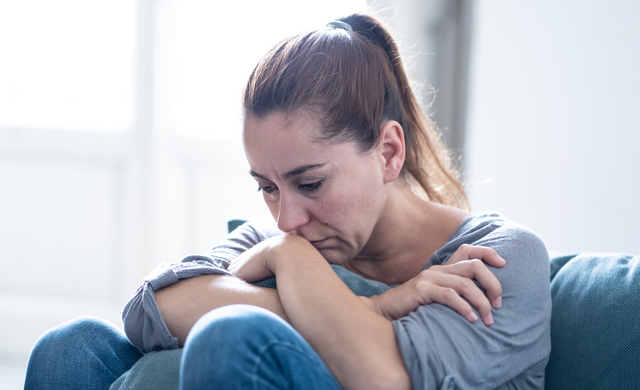 Late last month, as the full weight of the COVID-19 crises was settling on the country’s shoulders, more than one in four American adults met the criteria that psychologists use to diagnose serious mental distress and illness. That represents a roughly 700% increase from pre-pandemic data collected in 2018.

While this surge in mental distress showed up across age and demographic groups, young adults and those with children experienced the most pronounced spikes. Among adults living at home with kids under the age of 18, the rate of severe distress rose from just 3% in 2018 to 37% last month.

These figures are among the grave—though not altogether surprising—findings of a new study from researchers at San Diego State University and Florida State University. The study is currently in preprint, which means it has not yet undergone peer review and formal publication. While preliminary, its data are among the first to offer details on the scope of the country’s coronavirus-related psychological struggles.

Last month, roughly 70% of Americans experienced moderate-to-severe mental distress—triple the rate seen in 2018. “I expected there to be an increase, but even I was surprised by how large it was,” says Jean Twenge, coauthor of the study and a professor of psychology at San Diego State University.

Twenge’s study used data collected in 2018 as part of the National Health Interview Survey (NHIS), an annual survey of tens of thousands of Americans that is overseen by a branch of the U.S. Centers for Disease Control and Prevention. The NHIS included a research-validated, six-item scale designed to measure mental illness. Last month, Twenge and her colleagues used the same six-item scale to assess the mental health of more than 2,000 Americans spread across the country. They compared their figures to the 2018 data in order to produce their findings.

Twenge says the severity of the mental health discrepancies her study revealed probably shouldn’t have come as a shock. “In some ways, this is a perfect storm for mental health issues,” she says. “We’re dealing with social isolation, anxiety around health, and economic problems. All of these are situations linked to mental health challenges, and these are hitting many of us all at once.”

Researchers unaffiliated with Twenge’s study say that, on top of the loss of jobs and the obvious health risks associated with COVID-19, the element of uncertainty is causing Americans a great deal of psychological distress. “People don’t know when we’re going to get back to normal life, and that is quite anxiety provoking,” says Dr. Gary Small, a professor of psychiatry and behavioral sciences at the University of California, Los Angeles.

The COVID-19 crisis has forced U.S. politicians and public health officials into a lose-lose dilemma: both groups are now weighing the life-and-death risk of exposing people to the virus against the manifold hardships created by stay-at-home directives and business closures. More and more, members of each group have discussed the psychological repercussions associated with each scenario—including the specter of rising depression and suicide rates. This new study appears to substantiate those concerns.

While some might point to the psychological blowback as a reason to reopen the economy and lift restrictions, Twenge says that course of action is also fraught. “Opening up too soon and then having to shut back down could also have very negative consequences from a mental health perspective, such as a further increase in mental distress,” she says.

“If there’s a policy message here,” she adds, “it’s that people are suffering and we need to put resources into mental health treatment.