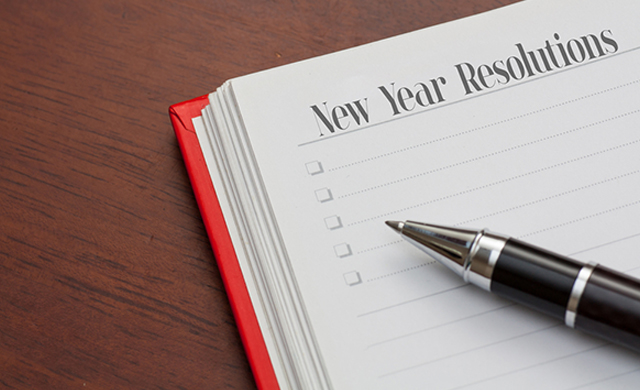 By Wendy Wood, The Conversation

More than 80% of people who make New Year’s resolutions have already given up on their goals by February.

While there's a lot of resolution advice on the internet, much of it fails to highlight the crux of behavioral change.

To make individual decisions – whether it's what to wear or which gift to buy for someone – you draw on brain systems involving executive control. You make the decision, add a shot of willpower and, voilà, it's done.

Take eating. You can decide you want to eat healthier, but the memories of your eating habits persist. At around 11 a.m., you start thinking of muffins, your go-to morning snack. At 8 p.m., you automatically think of ice cream, your usual dessert. This is the way habits work: Certain contexts, like times of the day and locations, bring to mind thoughts of certain rewards – like the tasty foods you tend to eat.

You can exert some willpower and stop yourself snacking over the course of one day. But denial can backfire: By quashing a desire, you give it extra fuel to plague you in the future. Over time, we tend to give up.

The key to mastering habits is to understand how difficult it is to simply will them away. But you can deploy a kind of "reverse-engineering" based on the science of habits.

One way to reverse engineer bad habits is to create friction.

For your own eating habits, the strategies can be as simply as putting junk food out of sight – off kitchen counters and into the pantry, so it's slightly more difficult to access.

If you want to cultivate good habits, you can diminish the friction for the new behavior. For example, researchers looked at the GPS data of people with gym memberships. Those who traveled about 3.7 miles to a gym went five or more times a month. However, those who had to travel around 5.2 miles went only about once a month.

Again, the strategy is obvious: Reduce friction to working out. Choose a gym that's on your way home from the office. Keep your gym bag always at the ready. My son, an avid bike racer, puts his indoor bike trainer in the middle of his living room before leaving for work. When he gets home, he finds it's usually easier to do his planned workout.

Another strategy to reverse-engineer your habits is to change the cues that activate them. Cues can include the time of day, a location and the routines associated with a behavior. If you regularly make coffee, your cues might be entering your kitchen shortly after waking up and seeing your coffee machine.

Cues change naturally when you start new relationships, change jobs or move. These offer a window of opportunity to act on your goals and desires without being dragged down by the cues that trigger your old habits.

For example, researchers found in a 2017 study that professional athletes whose performance had declined often improved after being traded to or signing with a new team. Another study found new residents of a small British town with strong environmental values mostly took the bus or cycled to work. But people who were not recent movers mostly drove, even though they held similar values.

When cues change, it becomes easier to switch up your habits and routines. Say you want to eat healthier. Try taking a new route to work instead of the one that takes you by the café where you buy double cream cappuccinos. When you're chatting on the phone, do it in the living room instead of the kitchen.

Even in food-rich contexts, cue control is possible. A 2012 study found that overweight patrons at all-you-can-eat buffet restaurants were more likely to sit facing the food, while thinner people tended to sit with their backs or sides facing the buffet. Thinner people were also more likely to put napkins on their laps, a minor way to add friction to getting more food.

Breaking out of bad habits isn't easy. It takes time and repetition. But as you work toward forming better habits, you can, at the very least, incorporate these simple reverse-engineering strategies to help you avoid becoming one of the 80% of people who throw in the towel.

The Conversation is an independent and nonprofit source of news, analysis and commentary from academic experts.

This article is republished from The Conversation under a Creative Commons license. Read the original article here: http://theconversation.com/how-to-use-habit-science-to-help-you-keep-your-new-years-resolution-129286.

Researchers Study Impact Of Covid-19 Pandemic On Vaping, E-Cigarette Use Among Hispanic Teens

Keep Paying Attention To Your Kids' Mental Health In This Pandemic