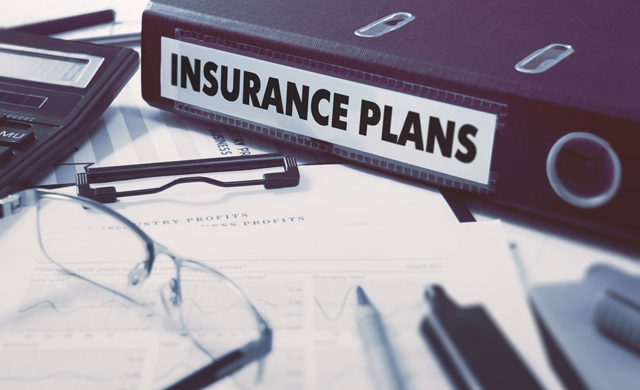 A new study published in the International Journal for Equity in Health found a distressing information gap among parents of uninsured Latino and African American kids. More than half didn’t realize that they were eligible for free or low-cost health insurance — a situation that forced families to make hard health-care decisions and pay for them on their own.

“It tells us that this system is not designed to keep kids on insurance,” says Glenn Flores, a health-policy researcher and pediatrician at Medica Research Institute and the Mayo Clinic, who led the study.

During the study, which was conducted between 2011 and 2014 in Dallas, researchers went to 97 sites in areas with low-income residents and recruited parents at Goodwill stores, laundromats, public libraries, food banks and other community centers. They were looking for kids who shared three characteristics: They were up to 18 years of age and lacked health insurance; were identified by their parents as Latino, Hispanic, African American or black; and were eligible for either CHIP or Medicaid. After screening more than 49,000 caregivers, the team found a group of 267 uninsured children to study. They asked their parents a barrage of questions, including one about whether they were aware that their children qualified for subsidized insurance.

Forty-nine percent of the parents studied were unaware that their children were eligible for Medicaid or CHIP — although 95 percent of all children studied had been insured in the past. Parents who were unaware that their children qualified for insurance had higher incomes, and Latino parents were more likely to be unaware than African American ones (57 percent vs. 40 percent). That racial difference disappeared when results were adjusted for income and the duration that children had gone without insurance.

Parents with uninsured kids cited a number of factors for lapses in insurance. Thirty percent of parents had lost coverage and never reapplied. Other reasons included applications that never received a reply (9 percent of respondents), missing paperwork (8 percent of respondents), fathers who were supposed to cover their children (4 percent). Other reasons included being dropped from insurance coverage because of late payment of premiums and language and citizenship barriers (1 percent each).

Even more worrisome, Flores says, are the disadvantages faced by kids who go without insurance. Two-thirds of the uninsured children in the study had special health-care needs such as eczema, allergies and asthma, and 40 percent had no usual source of preventive care. Thirty-five percent of parents had financial problems that they attributed to their kids’ health.

Although kids were not insured, they didn’t necessarily stop receiving health care. On average, the uninsured children visited a physician three times a year and went to an emergency room once. About 0.1 percent of children were hospitalized each year. Parents shouldered an average of $593 per hospitalization and $47 per preventive visit.

Three-quarters of parents interviewed had delayed care for their kids, and more than four in five parents said they worry more about their children’s health than other people do.

That didn’t surprise Genevieve Kenney, an economist who is senior fellow and co-director of the Health Policy Center at the Urban Institute. “The parents of children who are uninsured are much less likely to feel confident that their children can get the care they need,” says Kenney, who specializes in Medicaid, CHIP and health-care coverage issues. “We’re learning more and more that those kinds of worries and anxieties have adverse affects on families.”

The study has its limitations — a small sample size, a focus on only one subset of racial diversity and its location in Dallas. Texas has long had the highest uninsured rate in the nation. In 2014, when the study ended, 6.2 percent of children nationally were uninsured. But the number was as high as 11 percent in Texas and even higher in Dallas County, where 15.9 percent of children went without health insurance.

“Dallas County is among the worst in Texas, and so it seemed like a natural place for one to conduct the study,” Flores says.

But do those numbers translate to the larger population? After all, other states, such as Louisiana and Alabama, have had better luck keeping kids on Medicaid, receiving multiple performance bonuses for retention and adopting strategies such as more-streamlined applications and electronic payments. Nor is the effect of the Affordable Care Act, which was implemented only during the last month of the study, clear, although parents who were questioned during the study’s last month about how the ACA affected their awareness of Medicaid and CHIP enrollment for their children told researchers that it did not have an effect.

What the study does illustrate is a disconnect between available programs and awareness, Flores says. “We need to do a much better job with outreach,” he says. In a companion study, his team may have come up with a solution. It conducted a randomized, controlled trial that paired parent mentors — people trained on the importance of health insurance and how to get coverage for kids and whose own children had been enrolled in Medicaid or CHIP for a year — with families identified in the first study.

Ninety-five percent of kids whose parents worked with mentors were enrolled in insurance by the end of the study vs. 68 percent of controls, resulting in lower out-of-pocket costs, greater access to care and greater satisfaction among parents. Perhaps pairing people with peers who have been there before can help ensure that fewer parents shoulder the burden of paying for their children’s health care alone.