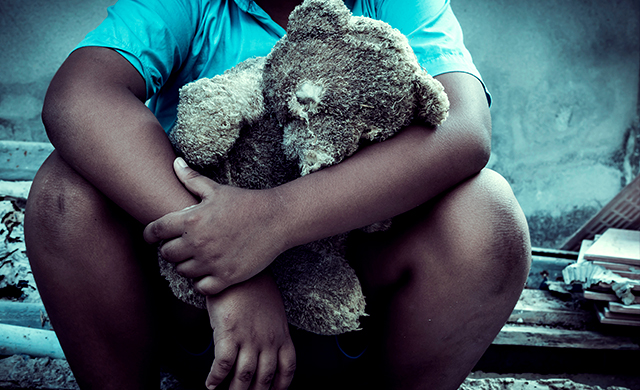 Latino and Black children are two times more likely to experience three or more economic and health related hardships as a result of the Covid-19 pandemic, according to a new analysis of Census Household Pulse Survey data released Wednesday.

The nonpartisan research organization Child Trends analyzed Census survey responses and found that 29 percent of Latino and 31 percent of Black households with children are experiencing three or more health and economic difficulties at the same time. These include unemployment, difficulty paying expenses, not being caught up on rent or mortgage payments, as well as food insufficiency, lack of health insurance, and poor physical or mental health.

"It's easy to look at the hardships that we've identified and think that this is mainly happening to the parents," said Dana Thomson, a researcher at Child Trends and co-author of the report. "But research shows that the stress that families and parents experience definitely trickles down to their children either indirectly through parent-child interactions or by the types of experiences that they're able to provide, or directly."

"If a family is missing rent payments and they have to move, that has a lot of impact in the stability and environment of a child as well," she added.

Christina Padilla, who co-authored the new analysis, said that "a lot of people might think, when they first look at those numbers, that Black and Latino families are more likely to experience all these risks because they're more likely to be low-income."

"It suggests to us that these inequalities are not just income-based, but that there are other factors that are contributing to those disparities," said Padilla.

Both researchers found that the Covid-19 crisis has exacerbated issues of systemic racism and violence. Without additional government support, the accumulation of stressors threatens to significantly overwhelm families facing simultaneous hardships.

"As more hardships accumulate, I think it becomes much harder for families to kind of find the good or rely on their normal coping mechanisms that they have relied on in the past," Thomson said. "And then, those hardships just become overwhelming and can kind of cascade into multiple areas of their lives."

While the federal government and individual states have taken steps to mitigate the economic hardship stemming from the pandemic, Latino and Black families continue to remain less likely to have access to resources that could provide relief.

"I would argue that there's a need for more integrated services," said Padilla. "So if a family is experiencing food insecurity for example, they may be eligible for SNAP. But they may not know that may also be eligible for unemployment or for Medicaid—we need to make it easier for families to apply to get these kinds of support."

Unemployed Latino and Black workers are less likely than white workers to receive unemployment insurance benefits. Additionally, Black and Latino families are more likely to have little to no access to banks, burdening their access to Covid-19 relief funds. Some immigrant and mixed immigration-status families may also face additional barriers to accessing existing resources and services, as well as Covid-19 relief.