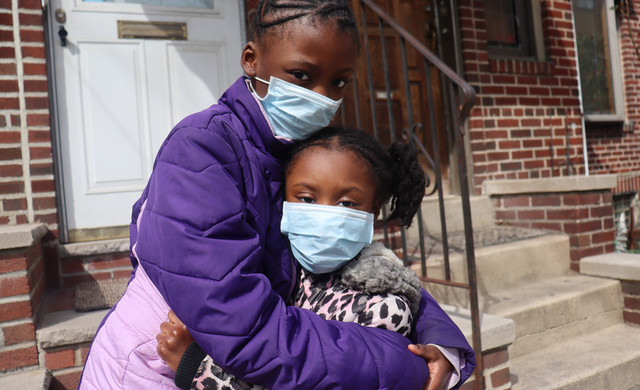 TUESDAY, April 6, 2021 (American Heart Association News) -- A pandemic, protests and politics have highlighted the nation's long-standing, deep-seated racial issues and how they affect the health of millions of Americans. People who've never confronted racism before are asking, "How can I show I'm an ally?"

For the uninitiated, being a partner in the fight against racism can begin by looking inward. First and foremost, "it's about listening, particularly listening to the communities and the people that are directly impacted by injustices," said Judy Lubin, president of the Center for Urban and Racial Equity, a social change consulting group in Washington, D.C.

Before anybody who's part of a privileged majority rushes in, they need to understand where they fit in, Lubin and others say.

Discussions about racial disparities in health aren't new. But COVID-19, which has disproportionately affected Black, Hispanic, American Indian and Asian communities, has helped move the conversation about race and health to the medical profession's highest levels. Top medical journals have run columns. Well-established groups such as the American Medical Association and the American Heart Association have denounced structural racism.

Research continues to show the connection between the deep roots of racism and health inequities. For example, while overall death rates from heart disease and stroke declined over the past two decades until a recent plateau, these gains were not equitably shared among people who are from the Black, Asian, American Indian, or Hispanic and Latino communities.

Black adults experience a 30% higher death rate from heart disease and a 70% higher death rate from stroke compared with their white peers, according to the latest Centers for Disease Control and Prevention data from 2018. After a cardiac arrest, Black and Hispanic patients experience significantly lower survival to hospital discharge than white patients, even when controlling for socioeconomic status. Researchers have linked such health problems to a web of factors that have structural racism at their base.

Focusing on health and racism is good, said Lubin, who has both a master's in public health and a doctorate in sociology. But sometimes, on an individual level, people who say they're allies go out of their way to put the focus on themselves. It becomes a performance, she said, sometimes fueled by social media.

The term "allyship" is often used in discussions and guides about supporting the need for change. But Lubin said many people addressing racial inequity are focusing more on the idea of "solidarity," which involves "making space and listening to and respecting the leadership of people of color."

That type of listening, said Lubin, is often a challenge for white people – particularly those in leadership positions who think it's their job to be the first person to offer ideas.

In contrast, she sees solidarity as making space so affected people can speak for themselves.

"It's important that those of us who are outside of those groups that are directly affected are standing up and speaking loudly," he said. "But we need to be sure that the attention stays firmly on those who are suffering."

Over his career, Krumholz has led programs to illuminate health disparities and promote greater diversity in the profession. He's spoken about the need to partner with affected communities on such issues.

People have to be willing to take on problems that might not affect them directly, he said, because what happens to people who come from different backgrounds – defined by race, ethnicity, religion, sexual orientation or more – reflects on us, our health care system and our society. And it affects us, too.

"I may not be Black, but I've got to talk about the implications of being Black in this society," he said. "There are people who are experiencing the structural racism, who know it, for whom it's deeply personal. And they can see it with clear eyes."

Everyone else is then obligated to listen and learn, Krumholz said, "and not draw attention to ourselves for just doing what is right. The focus must be on those who are disadvantaged – and repairing a society that has caused this situation."

An ally's job, he said, involves helping "those without voice gain voice and stand up against the injustices within health care and within society, to try to promote a better society, one in which everybody has a fair shot to be healthy, and a fair shot at a good life."

That's an attitude Lubin encourages when people ask how to be allies. Solidarity, she said, is about doing things that "honor the dignity of everyone."

Which does not make it simple.

"There's no checklist on how to be in solidarity, although there are lots of articles and resources out there," she said. Her organization lists several. Universities from Georgia to Georgetown and beyond have pages devoted to allyship. The Seattle Public Library offers an extensive reading list.

And if solidarity starts with listening and learning, eventually it demands more.

A white person who understands how systemic racism has kept people of color out of leadership roles might realize they need to step aside to create room for someone, Lubin said. It also involves risks, whether confronting family members or putting a job on the line with a problematic employer.

"At the end of the day, action is what's most important," she said. "But we also don't want action that's harmful. And that's why it's so critical that self-reflection and awareness is happening."

Supporting the humanity and dignity of groups who haven't historically had privilege ends up lifting all of society, she said. "When systems work for the most marginalized, they end up working better for everyone."