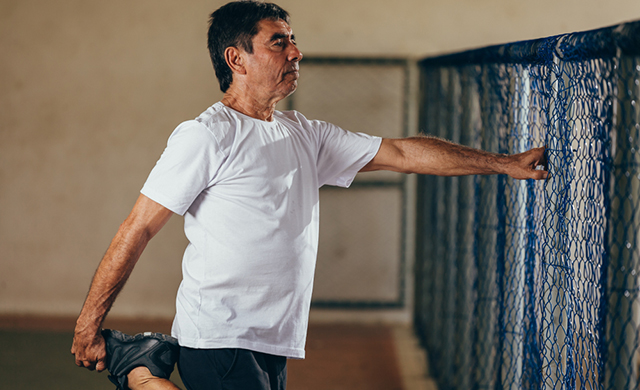 Being physically active for at least 2.5 hours per week could delay decline in mental capacity in a rare form of Alzheimer's disease that starts years earlier, according to recently published research.

The finding comes from an international study led by Washington University School of Medicine in St. Louis, MO, that is called the Dominantly Inherited Alzheimer's Network (DIAN) and is following people with autosomal dominant Alzheimer's disease (ADAD) and their families.

ADAD is a rare form of Alzheimer's in which symptoms of dementia start before the age of 65 and is caused by inherited gene variants.

In the United States, there are around 5.7 million people living with dementia due to Alzheimer's disease. This number is likely to rise to almost 14 million by 2050.

Alzheimer's is the only one of the top 10 killers in the U.S. that has no cure or treatments that prevent or slow its progression.

The disease is progressive and relentless; it destroys brain cells and tissue, causing the brain to shrink. This leads to loss of capacity that affects thinking, memory, social interaction, and other functions. The ability to do everyday tasks and take care of oneself gradually diminishes.

The strongest risk factors for Alzheimer's disease are things we cannot change. These are: age, family history, and inherited genes.

However, there is a growing body of evidence to suggest that we can alter the strength of these risk factors — by adopting healthful lifestyle strategies.

These strategies include following a healthful diet, continuing with social activities, not smoking, avoiding too much alcohol, and being physically and mentally active.

The recent findings, which now feature in the journal Alzheimer's & Dementia, add to this evidence and suggest that it applies even to a form of Alzheimer's disease that starts earlier in life.

The investigators analyzed data on 275 DIAN study people, of average age 38.4 years, all of whom had a mutated gene for ADAD.

Of these individuals, 156 were "high-active" — that is, they did more than the recommended 150 minutes, or 2.5 hours, per week of exercise such as walking, swimming, aerobics, and running. The "low-active" ones did less.

The investigators did not measure intensity of exercise but state that the type and how often it was engaged in was confirmed by family or friends.

When they analyzed the data on physical activity and results of cognitive and other function tests and biomarkers of Alzheimer's disease, the team found that doing more than the recommended 150 minutes of exercise per week was tied to "significantly better cognition and less Alzheimer's disease pathology."

The cognitive and other function tests included the Mini-Mental State Examination and the Clinical Dementia Rating Sum of Boxes. The more active individuals scored better on these tests and also had lower levels of tau protein and other biomarkers in their cerebrospinal fluid. Tau protein buildup in the brain is a hallmark of Alzheimer's disease.

The researchers note that 70 percent of ADAD individuals in the DIAN study were achieving the 150 minutes per week of activity that is recommended by bodies such as the American College of Sports Medicine and the World Health Organization (WHO).