5 Things That Will Change Cancer Care in the Next Decade 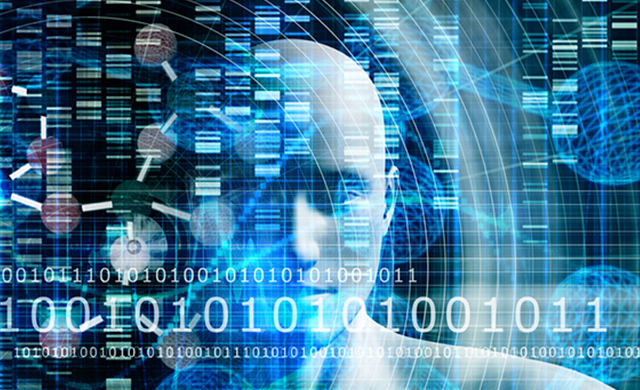 From 'liquid biopsies' to precision medicine to immunology, advances to benefit older patients.

Over 80 percent of those diagnosed with cancer nationally are 55 years of age or older, according to the American Cancer Society. But thanks to all the advances in cancer care over the last decade, many are living long, full lives despite their diagnoses.

“Age is really just a number, and there’s no reason why older patients can’t reap the benefits of all these recent medical breakthroughs,” says Richard L. Schilsky, M.D., the chief medical officer of the American Society of Clinical Oncology (ASCO).

New forms of cancer treatment such as immunotherapy, for example, mean that older adults may live for many years with types of cancer traditionally considered deadly. Here’s what some of the nation’s leading cancer specialists are most excited about for the upcoming decade.

Only about 3 percent of cancer patients in the United States enroll in a clinical trial. These numbers are even lower in older adults, who have traditionally been excluded from such trials due to pre-existing conditions like type 2 diabetes or high blood pressure. “Even if you’re otherwise healthy, as you age, there’s a good chance that something’s going on that may disqualify you, such as mildly impaired liver or kidney function,” says Ishwaria Subbiah, M.D., assistant professor of Palliative Care at MD Anderson Cancer Center in Houston, Texas.

Many older adults have been essentially denied access to being part of a clinical trial. And such participation can, on occasion, do more than just move forward research. In some cases, cancer drugs being tested in clinical trials “were given fast-track approval by the FDA, which means they were approved soon after clinical trials were finished,” explains Subbiah.

This past March, the FDA issued a new guidance document on broadening cancer clinical trial eligibility criteria. “This will really encourage and motivate trial sponsors to scrutinize their entry criteria to see if it’s really necessary to be so strict with that particular drug,” says Subbiah. “If a medication being tested is metabolized through the liver, for example, then there’s no reason why someone with mildly impaired kidney function can’t participate in that trial. This has the potential to be a real game changer for older adults.”

Over the next decade, clinical trials will also likely become more accessible to older adults with mobility issues or other challenges that make it tough for them to participate. “In the past, clinical trials have been conducted at large medical centers that made people travel to them for every check-up visit,” explains Subbiah. Many major cancer centers and pharmaceutical companies are exploring ways to make it easier on patients, including arranging transportation and housing, and even exploring the possibility of patients being able to check in with the center remotely.

When a patient has a suspicious lump that might mean cancer, their physician usually performs a tissue biopsy, where they take a sample of the lump and examine cells under the microscope to determine if they’re potentially cancerous. But this type of testing may occur late in the game, after the cancer’s already had a chance to grow and spread. Now, major cancer centers are exploring DNA-based liquid biopsies — blood tests where a patient’s blood is analyzed for types of tumor material such as mutated DNA, RNA or proteins. This may mean, one day, that people could be diagnosed with cancer earlier than they would be by more traditional methods such as imaging tests.

Memorial Sloan Kettering Cancer Center, for example, is utilizing this technology right now through its Precision Interception and Prevention Initiative, giving such diagnostic tests to adults with an age-related condition called clonal hematopoiesis (CH) — which may give them a slightly elevated risk of developing certain blood cancers such as leukemia.

There are concerns about using this technology: liquid biopsies could show false positives, which means they indicate a potentially cancerous DNA mutation when there isn’t one, notes Schilsky, as well as false negatives. In addition, someone may have mutated DNA and never develop cancer. But the thought is that these types of tests may over the next decade be used to screen for early-stage cancer in people with high risk of disease, such as those with a family history of a certain cancer. Or they could be used as pre-screening techniques to be followed up by something like an MRI when it appears necessary.

Until recently, chemotherapy was really the only option to treat most advanced cancers. But these drugs destroy healthy cells as well as cancerous ones, leading to toxic side effects such as nausea and a weakened immune system due to a low blood count. Older adults are particularly susceptible to these complications, especially if they already have conditions such as anemia or poor kidney function, notes Dale Shepard, a geriatric oncologist at the Cleveland Clinic. As a result, many physicians are hesitant to treat them.

Over the next decade, however, many older cancer patients will benefit from the rise in targeted therapies (a well-known one is the breast cancer drug Herceptin) that home in on the specific genes and proteins in cancer cells related to cancer growth. “These drugs really zero in the differences between the cancer cell and a normal cell and target them, making it much less likely they’ll destroy healthy cells,” explains Douglas Nelson, M.D., associate professor of general oncology at the MD Anderson Cancer Center.

Sometimes, patients are able to avoid chemotherapy entirely, or to receive it as a much lower dose. “I’m treating people now that just a decade ago I’d be hesitant to, like the 92-year-old man in a wheelchair who was in my office the other day for malignant melanoma,” says Nelson.

The possibility of a cancer cure

It’s hard to overstate the possible importance of immunotherapy in the future of cancer treatment. Doctors say immunotherapy, a type of treatment that stimulates a person’s own immune system to fight cancer, may allow greater numbers of people to beat cancer for good.

While drugs of this type, including Yescarta and Kymriah, already exist to treat certain blood cancers such as leukemia and lymphoma, researchers are now exploring this therapy to treat other common cancers like breast cancer. “We know that CAR-T cells can produce dramatic remissions in blood cancers that are long lasting, and the hope is that it may eventually turn into a cure,” says Schilsky.

Just as no two individuals are exactly alike, so too their cancers. Now, a new way of approaching cancer treatment, known as precision, a category of personalized medicine, uses the genetic changes in a patient’s tumor to determine treatment. “We can now take someone’s tumor and sequence its DNA, looking for genetic changes that may be fueling its growth,” explains Shepard. About half of all melanomas, for example, have mutations in the BRAF gene, which is usually treated with drugs that attack the BRAF protein such as vemurafenib (Zelboraf), dabrafenib (Tafinlar) or encorafenib (Braftovi).

“Instead of just giving everyone chemotherapy and hoping they all see some benefit, we can now selectively give a specific drug to a small group and see a huge benefit,” says Shepard. It’s a strategy that will only accelerate over time. “We’re hoping over the next decade to begin to fully understand which combination of drugs benefit which individuals,” says Schilsky. “Ultimately, we hope that we’ll get the point where we’re individualizing everyone’s treatment, coming up with a drug cocktail of two to three medications that’s the optimal personal combination for their own specific cancer.”

Hallie Levine is an award-winning writer who has written on medical and wellness topics for over 30 national publications including the New York Times, Time and Consumer Reports.