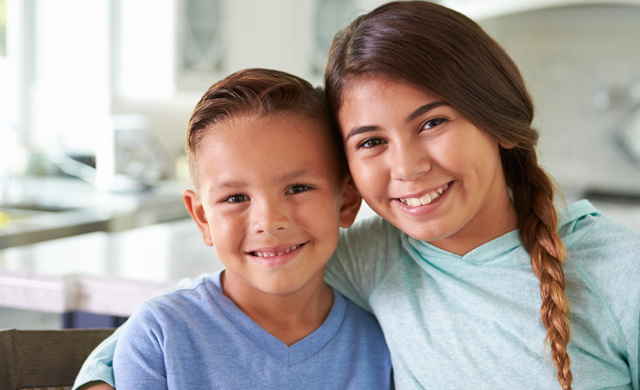 Myths about raising a child with more than one language abound. Sometimes parents are discouraged from doing so. They're told it can lead to confusion and speech delays, or that they've missed the window of opportunity. Here are the most common myths – and the real story behind raising a child to be bilingual.

1. Growing up with more than one language confuses children.

This is by far the most prevalent of all the misconceptions. Some parents think that if a child is exposed to two languages at the same time, she might become confused and not be able to differentiate between them.

"From just days after birth, all infants can tell the difference between many languages," says Barbara Zurer Pearson, author of Raising a Bilingual Child. She says this is especially true when the languages are quite different from each other – as different, for example, as French and Arabic.

"At that young age, infants generally still have trouble telling two very similar languages apart, like English from Dutch. But by about 6 months of age, they can do that too," she says.

The confusion myth is probably the result of older research that looked at poorly designed studies and drew the conclusion that early exposure to two languages put children at a disadvantage. This research prompted some immigrant parents to drop their heritage language and emphasize proficiency in English.

2. Raising a child to be bilingual leads to speech delays.

Some children raised bilingual do take a little longer to start talking than those raised in monolingual households. The delay is temporary, however, and according to experts, it's not a general rule.

Unfortunately, parents who raise concerns about the speech development of their bilingual child are often told to stick to one language. This happens because in the past, bilingualism was considered the culprit in problems with language development.

"Research indicates that bilingualism does not cause delays in either speech or language acquisition," says Ellen Stubbe Kester, president of Bilinguistics, which offers bilingual speech-language services in Austin, Texas.

Even if your child has already been diagnosed with some kind of speech delay, raising him bilingual won't make his speech any more delayed.

"Studies have found that children with language delays who are in dual language environments gain language at the same rate as those in monolingual environments," says Kester.

Mixing languages is both inevitable and harmless. But to some unfamiliar with bilingualism, it's proof that the child can't really tell the languages apart.

Most children who are raised bilingual do resort to mixing as they sort out both languages. In addition, one of the languages often has a stronger influence on the child than the other. Kids who have a smaller vocabulary in the minority language may draw on words from the majority language as needed.

Experts agree that mixing is temporary. Eventually, it goes away as a child's vocabulary develops in both languages and she has more exposure to each one.

In actuality, bilingual speakers of all ages mix their languages (also known as code-switching). A perfect example is the widespread use of Spanglish (mixing English and Spanish) by Latinos in the United States.

"Sometimes people do it because they don't know a word they need in the language they're speaking," says Pearson. "Some people mix on purpose because they like the word or phrase in the other language better."

Children model what they see and hear, so if your child lives in an environment in which mixing languages is the norm, expecting her not to do so is unrealistic.

4. It's too late to raise your child bilingual.

It's never too late – or too early – to introduce your child to a second language.

The optimal time, according to experts, seems to be from birth to 3 years – exactly when a child is learning his first language, and his mind is still open and flexible.

The next best time for learning a second language appears to be when kids are between 4 and 7 years old, because they can still process multiple languages on parallel paths. In other words, they build a second language system alongside the first and learn to speak both languages like a native.

If your child is older than 7 and you've been thinking about raising him bilingual, it's still not too late. The third best time for learning a second language is from about age 8 to puberty. After puberty, studies show, new languages are stored in a separate area of the brain, so children have to translate or go through their native language as a path to the new language.

"We hear so much about the special 'window of opportunity' for young children to learn two languages that it can be discouraging to the older child," says Pearson. "It's true that it's easier to start earlier, but people canlearn a second language even after the window has closed."

5. Children are like sponges, and they'll become bilingual without effort and in no time.

Although it's easier for children to learn a new language the earlier they're exposed to it, even then it doesn't happen by osmosis. It's unrealistic to expect your child to learn Spanish by watching countless episodes of Dora the Explorer on television.

Learning a language doesn't have to be a chore. But introducing a second language to your children does require some kind of structure and, most important, consistency, whether it's through day-to-day conversation or formal instruction. The idea is to expose them to language learning in meaningful and interesting ways that are connected to real life.