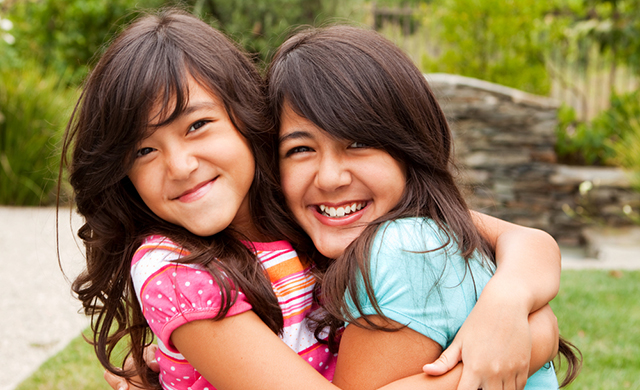 Parents often claim they love their children equally—but do they raise them the same? The answer might be no, according to a study into mothers.

While mothers largely maintain the same views and attitudes towards how to parent, they way they act towards their first and second children differs, according to researchers behind a study published in the journal Social Development.

As many as 80 percent of mothers in the U.S. have more than one child, the study authors noted. Generally, what firstborn children lack in regular interactions with other children they make up for in the attention their parents afford them. Second-borns, on the other hand, have divided attention and resources from their parents, but their older sibling often provides important practice for socializing.

To document parenting behaviors, a researcher visited the homes of participants. She filmed mothers alone with their first-born and then their second-born during a two-hour visit. First the child played alone for 10 minutes, then collaboratively with his or her mother. Information on the mother was also collected, including her verbal intelligence and the socio demographic information on the wider family. The mothers also filled out a questionnaire on their parenting.

The team also noted first-born children were more sociable and emotionally available to mothers than second-born children. But the experiments didn’t reveal how the quality of a mother’s interaction changed.

So, although a mother’s approach to parenting might remain the same, she likely changes how she puts these attitudes into practice, the authors concluded. This can in turn affect the behaviors of her children.

A Valentine’s Day Dinner Menu for the Whole Family

Wondering If It's Ok to Raise Your Kid Vegetarian? We asked the Experts For Advice