Nutrient in mother's diet may help fight Alzheimer's in offspring 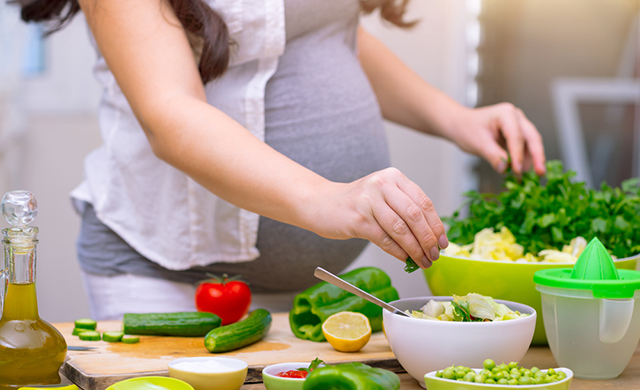 Recent research suggests that a maternal diet that is high in an essential nutrient can reduce the impact of Alzheimer's disease on future generations.

In the study, scientists bred mice that were genetically predisposed to develop hallmarks of Alzheimer's disease from females whose diet contained added choline.

The descendants of these females developed fewer disease-associated brain changes and had improved memory skills compared with those of non-supplemented mice.

The researchers, who are from Arizona State University (ASU) in Tempe and the Translational Genomics Research Institute in Phoenix, AZ, bred two generations of mice from the choline-supplemented females.

They found that the protective effect of "maternal choline supplementation" persisted across multiple generations, even though the descendants' diets were not enriched with choline.

The journal Molecular Psychiatry has now published a paper on the study.

Choline is an essential nutrient that the body needs for many functions, including early brain development and the preservation of cell structure.

While the human body can make some of the choline that it needs, it has to obtain the rest from dietary sources.

In the United States, animal products such as meat, fish, eggs, and dairy are the primary sources of choline in the diet. Other sources include soybeans, cruciferous vegetables, nuts, whole grains, and seeds.

"But, we show that even if you have the recommended amount, supplementing with more in a mouse model gives even greater benefit," he adds.

Alzheimer's disease is the main cause of dementia, a condition that gradually destroys a person's ability to think, remember, make decisions, and take care of themselves. It can also alter mood and reduce motor control.

According to the World Health Organization (WHO), there are around 50 million people worldwide with dementia, of whom around 60–70 percent have Alzheimer's. Experts predict that this number will more than treble by 2050.

In the U.S., where about 5.7 million people have Alzheimer's, the national annual cost of dementia is about $277 billion. These numbers could increase to 14 million people and $1.1 trillion by 2050.

Of the top 10 causes of death in the U.S., Alzheimer's disease is the only one for which there is currently no means to slow, prevent, or stop it.

While age is the most significant risk factor for Alzheimer's disease, there is evidence that other factors, such as genetics and lifestyle, also play a role.

Among the lifestyle factors, studies suggest that diet can have a significant influence on the risk of cognitive decline. Research also shows that the effect of diet can last for generations and implies that this occurs through silencing of genes in the unborn.

The distinguishing features of Alzheimer's disease include wasting of tissue and the development of beta-amyloid protein plaques in the brain.

Effects of choline on the brain

In their study paper, the investigators explain that the risk of developing Alzheimer's disease doubles when there are high levels of an amino acid called homocysteine in the brain. This substance contributes to the deterioration of brain tissue and the development of beta-amyloid plaques.

Choline, however, can slow down this decline because it converts homocysteine into a beneficial substance called methionine.

Another potentially beneficial effect of choline is that it reduces the activity of microglia cells. These cells help clear waste material in the brain. However, in Alzheimer's disease, they can become hyperactive and cause inflammation that kills brain cells.

To explore the mechanism of maternal choline supplementation, the team examined hippocampal brain tissue in the descendants of the female mice. The hippocampus is a brain region that plays an important role in forming memories.

The examination revealed that maternal choline supplementation reduced microglia activation and beta-amyloid protein and "improved cognitive deficits" in the first- and second-generation offspring.

"Mechanistically," note the authors, "these changes were linked to a reduction in brain [homocysteine] levels in both generations."

Further genetic analysis of the hippocampal tissue revealed that choline supplementation in mothers "significantly changed the expression of 27 genes" in the descendants. There is a known association between many of these genes and inflammation and brain cell death.

"No one has ever shown transgenerational benefits of choline supplementation. That's what is novel about our work."