Osteoporosis in Men: Undertreated and Overlooked 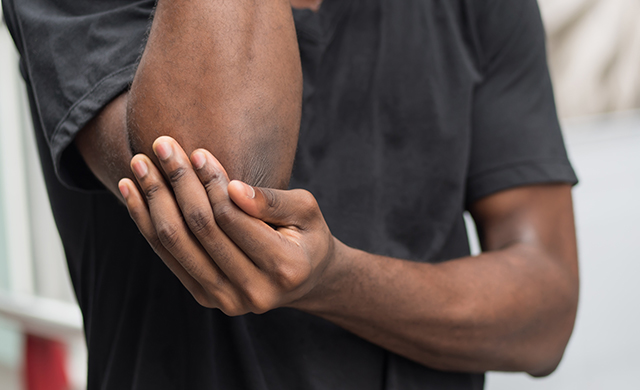 Osteoporosis is generally viewed as a woman's disease, but men get it, too. While this fragile bone disease is indeed more common in women, there is increasing recognition that it strikes men more frequently than previously believed. Whereas one in two women will break a bone during their lifetime due to osteoporosis, according to the National Osteoporosis Foundation, one in four men will have an osteoporosis-related broken bone.

In a study in a 2018 issue of the Indian Journal of Endocrinology and Metabolism, researchers screened bone mass in 200 men visiting an endocrine outpatient department at a hospital and found that 40 percent of those over age 55 had low bone mass and 9 percent had osteoporosis.

Even more worrisome: "In a single year, men over 75 have a greater chance of having an osteoporotic fracture than a heart attack," says Dr. Robert A. Adler, chief of endocrinology at the McGuire Veterans Affairs Medical Center in Richmond, Virginia, and a professor of internal medicine at Virginia Commonwealth University. This is particularly alarming because osteoporosis is often silent until a fracture occurs (most commonly in the spine, the hip, the wrist or forearm), at which point there can be serious consequences, especially for men. Indeed, men typically have a worse prognosis for recovery after a fracture. "After a hip fracture, older women have a 15 to 20 percent mortality rate in the next year; by contrast, older men have a 33 percent mortality rate in the year after a hip fracture," Adler notes.

And yet, osteoporosis is frequently overlooked as even a possibility in men. In a 2017 study, researchers assessed knowledge about osteoporosis among men ages 36 to 55 and found that on average the men received failing scores on their total knowledge about the disease, their perceived susceptibility and their beliefs about the seriousness of the condition. This may be partly due to the fact that "men are born with greater bone mass, and men do not have a menopause that gives them a large bone loss in the five years following the onset of menopause," explains Dr. Robert R. Recker, professor of medicine and director of the Osteoporosis Research Center at the Creighton University School of Medicine in Omaha, Nebraska.

But health professionals aren't as attentive as they could or should be to the disease in men, either, experts say. "If a woman goes to the ER with a hip fracture, 49 percent of the time she will have some sort of follow-up with a doctor," says Dr. Laura Ryan, an associate clinical professor of internal medicine and director of the endocrine, diabetes and metabolism department at Ohio State University in Columbus, Ohio. By contrast, "men's likelihood of getting any sort of follow-up – to discuss the [possibility] of having osteoporosis, the need for bone density testing or medications – is less than 5 percent."

Most studies on osteoporosis have focused on the development, diagnosis and treatment of the bone disease in women. And screening for the disease in men is woefully inadequate, experts say. In fact, no standard screening guidelines exist. As a result, "men are less likely to have their bone mineral density measured," Adler says, and "getting Medicare reimbursement for bone density screening is more difficult for men."

The major risk factors for osteoporosis are the same for women and men: older age, a family history of the disease, long-term use of corticosteroids and certain chronic diseases, such as rheumatoid arthritis and chronic obstructive pulmonary disorder. In addition, lifestyle factors, such as inadequate physical activity, insufficient vitamin D and calcium intake, smoking and high alcohol consumption, can increase the risk, says Dr. Smita Nayak, a physician and senior research scientist at Berkeley Madonna, Inc. in Berkeley, California.

"Unique risk factors for men include low testosterone levels and use of androgen deprivation therapy for prostate cancer," Nayak notes. A 2015 study from Turkey found men with erectile dysfunction have lower bone mineral density, and as a result they are at greater risk for osteoporosis. Low testosterone levels are associated with decreased libido and erectile dysfunction, Ryan says, as well as decreased muscle mass and strength in men.

If you're a man with any of these conditions or risk factors, talk to your doctor about having your bone mineral density measured with DEXA, or dual-energy X-ray absorptiometry, which is the gold-standard scan for measuring bone density in men and women. The same is true if you've lost some of your height, which can result from a compression fracture in the spine, or if you've broken a bone while falling from a standing level, Ryan says.

It's a mistake to count on being referred for screening automatically. In a 2016 study at a Veterans Affairs Medical Center in Cleveland, researchers investigated the osteoporosis screening rate among men over 50 who were considered at high risk because they had prolonged use of steroids, low testosterone levels or autoimmune diseases (like rheumatoid arthritis, inflammatory bowel disease or lupus): Only 11 percent of these high-risk men had been screened.

Tending to the Bones

Given this underscreening, it's not surprising that osteoporosis also is undertreated in men, though that's true in women, too, Recker says. "It's scandalous how poorly we're doing with osteoporosis – it's worse than with any other disease, maybe even more so with men."

That needs to change, experts say, and one of the best ways to make that happen is for men to discuss their bone health with their physicians. "At age 50 or so, get screened with densitometry, especially if you have a family history of osteoporosis," Recker says. Another way is to take preventive steps to protect your bone mineral density by getting adequate amounts of calcium (1,000-1,200 mg per day) and vitamin D (600 to 800 iu per day) and weight-bearing exercise (such as walking or lifting weights). Also, quit smoking and limit your alcohol consumption.

While osteoporosis medications have been more closely tested in women, commonly used medications (such as bisphosphonates and denosumab) are believed to be equally effective in men. "If a man has low testosterone, adding testosterone [through replacement therapy] improves bone density and reduces the risk of falls," Ryan says.

The first step, of course, is to identify osteoporosis in men, which isn't currently happening the way it should. As life expectancies continue to increase, the need to prevent, diagnose and treat osteoporosis in men will become even more paramount. "On average, men have fractures 10 years later in life than women do – men are now living long enough to have fracture risk," Adler says. Taking steps (literally and figuratively) to mitigate that risk can improve the quality of men's lives as well as their longevity.