15 Things You Should Never Do On An Airplane 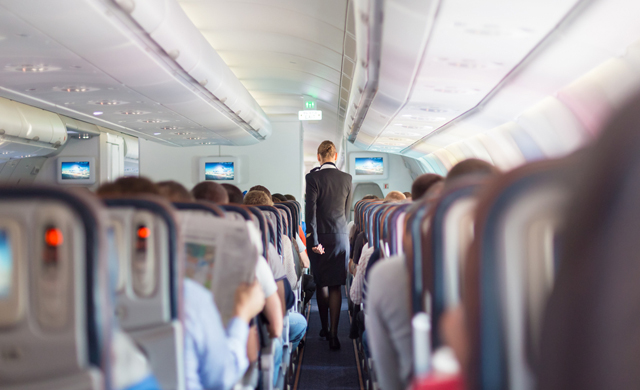 While once considered the height of luxury, airplane travel has taken—to put it lightly—a serious nosedive over the past 30 years. Long gone are the days of comfortable seats, gourmet meals, and in-flight entertainment, traded in for cramped cabins where you’re lucky to snag so much as a bag of pretzels. (Alas, even the peanuts are long gone). And, unsurprisingly, those conditions can make even the most intrepid travelers go a little nuts.So, how do people cope these days? From bringing in their own booze to treating the plane like their own glam room, we’ve rounded up the rude, ridiculous, and downright crazy behaviors people do on airplanes. Keep these in mind as your personal list of travel don’ts the next time you're flying the friendly skies.

1. TAKE OFF YOUR SHOES. Going barefoot may fly at home, but on an airplane, it’s not just gross to your fellow passengers: it may actually harm your health. While airplanes are cleaned regularly, their carpeted floors mean that some of those germs are there to stay. And worse yet, many people even venture to the restroom in without so much as socks on their feet.“Maybe they think they can’t contract diseases or pick up germs through their feet, but the lav floor can be full of germs. Because of turbulence it’s likely that bodily fluids end up on the floor. Then people carry that with them when they venture into the lav bare footed,” says Steffanie Rivers, a former flight attendant and author of The Do’s and Don’ts of Flying. “When I have to wash my hands I lean to the sink to avoid stepping inside.”

2. PUT YOUR FEET ON THE ARMRESTS. The only thing worse than going barefoot on a plane? Going barefoot and intruding on someone else’s space with your feet. Many passengers seem to believe the armrest in front of them is a perfectly acceptable place to stretch out those piggies when they’re feeling cramped by the limited legroom on their flight. Pro tip: it’s not. And for more fun flight trivia, discover the 20 Secrets Your Flight Attendant Won’t Tell You.

3. CHANGE YOUR KID’S DIAPER. Flying with kids is no easy feat, as most parents can attest. However, that doesn’t mean that your common decency should fly out the window just because you’re outside of your home turf. And yes, that means that if your baby needs to be changed on the plane, you should do it in a way that’s not interfering with your fellow passengers’ ability to have a pleasant, bodily-fluid-free flight.“Last week, a mother who had just boarded the aircraft decided to change her baby’s diaper in the passenger seat. When I told her she could use the lavatory, because there were changing tables in there, she declined. She had no towel under the baby. Just a bare bottom on the passenger seat from the dirty diaper to the new diaper. Then she wanted to hand me the dirty diaper to discard! I gave her a plastic trash bag,” recounts Rivers of one particularly harrowing experience. And when you want to up your parenting game, start with the 40 Parenting Hacks for Raising an Amazing Kid.

4. LEAVE YOUR SOUND ON. Is it inconvenient that so many airlines seem to be reducing entertainment options to the bare minimum? Sure. Does that mean you should bring your own diversions on board? Yes. Does that mean you should ever, under any circumstances, play said entertainment without headphones? Absolutely not.Not only is it rude to do so in general, you should remember that many of your fellow passengers have been traveling for a long time before the leg of the flight you’re sharing with them. They deserve some sleep without the sound of your in-flight playlist in the background. If you need something to keep the volume down, check out the 10 Best Headphones For Going Anywhere.

5. KNEE THE SEAT IN FRONT OF YOU. We get it: planes are cramped for everyone, and that’s especially true for particularly long-legged passengers. However, even if the person behind you has reclined their seat in a way that’s uncomfortable, digging your knees into their back to express your displeasure is hardly the solution. And, unfortunately, countless passengers engage in this behavior, or, worse yet, actually kick the seats in front of them, without a second thought. And to snag yourself the best spot on the plane, learn the single best seat you can book on any flight.

6. LET YOUR KIDS RUN AMOK. Getting up to stretch your legs on a long flight is a good idea for most passengers. That said, nobody loves having children given free rein in the aisles. If you’re going to let your kids out of their seats during the flight, make sure you accompany them and monitor their behavior to avoid incurring the wrath of your fellow passengers.

7. FLOSS. Oral hygiene is undeniably important. However, an airplane cabin is not the place to play dentist. Flossing in your seat is, without a doubt, one of the grossest, most unsanitary practices people engage in on planes. If that in-flight meal is still stuck in your teeth and you just can’t wait to get it out, excuse yourself to the bathroom to do so. If you really desire better oral hygiene, start (from the privacy of your own home, please) with the 20 Secrets for Whiter Teeth After 40.

8. CONSTANTLY OPEN THE OVERHEAD BINS. There’s no denying that storage space is limited on most planes. Unfortunately, despite knowing the constraints of a modern cabin, that doesn’t stop plenty of passengers from opening up the overhead bins to get their things during a flight. Not only is this dangerous to them and the passengers around them, doing so blocks the aisles, holds up in-flight service, and is a general inconvenience for everyone else on the plane. If you need something, store it under the seat in front of you or consider it off-limits for the rest of the flight. And when you want to travel lighter on your next trip, this is The Best Way to Pack a Suitcase.

9. LEAVE THE BATHROOM DOOR AJAR. Airplane bathrooms are not known for being spacious. Disgustingly enough, many passengers will try to compensate for this lack of room by leaving the bathroom door open. “I’ve witnessed passengers who use the lavatory, open the door then flush the toilet (for everyone to see) and back out of the lav without washing their hands,” says Rivers.

10. BRING YOUR OWN BOOZE. While many flights serve alcohol, many passengers assume they can avoid the high prices of in-flight booze by bringing their own. Unfortunately for those eager to imbibe, this is actually against the rules on virtually every plane. Unless you’re on a private jet, you’ll be breaking the law if you crack open your own stash, and may get ejected from your flight for doing so.

11. EAT PUNGENT FOOD. Sure, in-flight meals may exist at an irritating intersection of terrible and expensive, but that doesn’t mean it’s polite to bring whatever food you want on board. One of the most egregious passenger-on-passenger offenses is, without a doubt, deciding to dig in to pungent snacks on board a plane. We’re looking at you, folks who love tuna fish sandwiches and hard-boiled eggs.

12. REFUSE TO SHARE THE ARMREST. Want to make your fellow passengers a whole lot less comfortable and a whole lot angrier? Go ahead an annex that armrest. One of the most antisocial and irritating behaviors passengers engage in on planes is unabashedly stealing the armrest. So, even if it pains you to do so, figure out how to Tetris both your elbow and your seatmate’s on there.

13. SPRAY PERFUME. It’s understandable that people want to seem polished when they step off their flight and into the arms of their loved ones. However, spraying perfume, using scented lotions, or applying makeup in such a way that interferes with others’ enjoyment of the flight is awful and may even trigger other passengers’ allergies. Save the spritz for the airport bathroom if you really smell that much like recycled air.

14. TRY TO CUT THE DEPLANING LINE. Airplane aisles are barely wide enough for a single person and their suitcase to get through. Sadly, that doesn’t stop plenty of passengers from trying to cut the line to get off the plane first. Don’t do this. Cutting the line may save you a minute, at best, but it’ll definitely make everyone else on the plane hate you in the process.

15. TRY TO JOIN THE MILE HIGH CLUB. Forget Paris: there’s clearly no place in the world more romantic than an airplane bathroom, which must account for all those people who still insist on trying to join the Mile High Club. However, unless you want to leave your flight in handcuffs, saving that friskiness for your hotel room is an undeniably better choice. 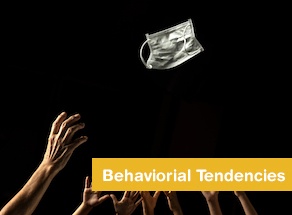 How to keep sane in a time of coronavirus madness 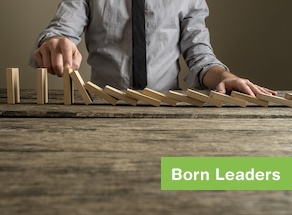 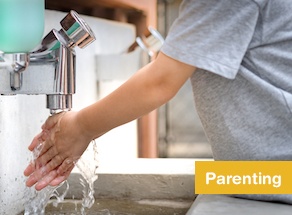