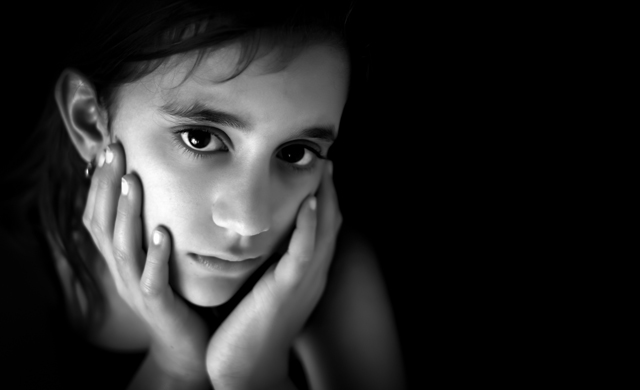 Growing up, I had never really encountered anyone with a mental illness. Yes, there were people in the family who were a bit eccentric but no one had ever been diagnosed with anything specific.

In college, I dated Jorge for two years. His brother, Sergio, moved to Gainesville to attend the University of Florida, where we were. Eight months later, Sergio went back to Florida because he had difficulty adapting to his new independence and the pressures of school. At the time, my boyfriend didn’t provide me with many details, and I just thought that Sergio found the transition from high school to college more challenging than most.

When I graduated from college in December of 1995, I was ecstatic. I had my degree, I had a job lined up, and Christmas was just nine days away. I remember as if it was yesterday when I got the call. My mom and I had just come back from shopping. An emergency operator called my mom’s home number on behalf of my boyfriend, who was at his parent’s Boca Raton home. It was two days before Christmas, when Sergio* hung himself from the ceiling fan in his bedroom. He had wrapped his dog’s leash around his neck. He was just 19 years old when he took his life. Jorge had found him and cut him down.

At the time, I couldn’t believe what had happened. I jumped in the car with my mom and traveled 50 miles from Miami to Boca to support the family during this painful time. That day and the days afterward I learned about Sergio and how he had been diagnosed bipolar a few years before. He had been taking lithium, which made him groggy, so if often preferred not to take it. My boyfriend and his family had been hiding the truth about Sergio for many years as they were fearful of what others would think.

Bipolar, is a mental disorder marked by periods of elevated mood and periods of depression. According to the National Institute of Mental Health, bipolar disorder affects approximately 5.7 million adult Americans, or about 2.6% of the U.S. population age 18 and older every year.

When Jorge finally told me everything, the pieces started to fit together. He talked about how his brother was really happy before he committed suicide but that apparently most people are before they do this because they are happy about the choice they have made. Sergio had just landed a new job and told Jorge all about it.

Apparently, Sergio had mentioned that he wanted to kill himself before but the family never thought he would go through with it. He left all the lights on the house on, and the oven. He left a note that told his family that he just couldn’t live with the pain anymore.

As someone who watched how someone’s suicide could rip through a family and destroy any sense of stability, I learned early on that mental illness is not something that should be kept hidden. Families should not be ashamed as many families are dealing with similar issues. Mental illness does not discriminate. It affects us all. With that in mind, here are three tips for families dealing with situations like Sergio’s.

Do Your Research to Find the Right Doctor: Often, families feel that the first physician they go to has all the answers. However, it will be behoove to find the right person who understands the patient as well the family.

Take Time to Find Out About the Medication Prescribed: It’s very important to understand what your loved one is taking. Learn about the side effects so you are better able to mitigate situations.

Be supportive: Talk to your loved one on a daily basis about how they are feeling. Don’t let them isolate themselves. Help them understand that they are not alone, that their pain is not all encompassing, that there is hope.

Even with these tips, I cannot guarantee that someone may not commit suicide. However, I have learned that there is no harm in being open about what an individual and a family is going through. Often, you will find others who are going through similar life challenges and that together there is hope.