People with The Healthiest Personality Type Have These 3 Qualities 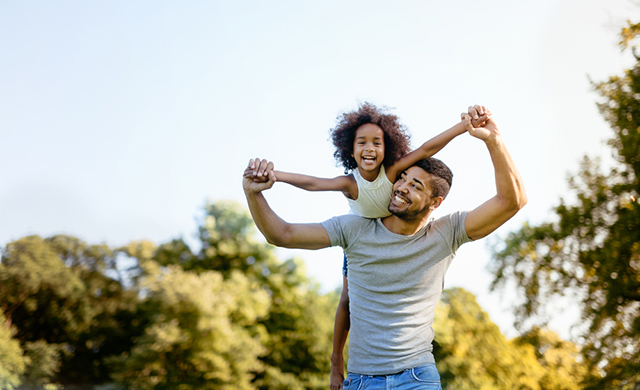 If you were building the ideal emotionally healthy person ― like a Simwho was well-adjusted and definitely not evil ― what traits would you choose?

It’s a question that has dogged scholars and philosophers ― and probably your therapist ― for years. Sigmund Freud described the healthy person as someone who can “love and work.” Abraham Maslow said a healthy person was a self-actualized one, meaning they take full advantage of their talents while being aware of their limitations.

Now, in a new study, researchers from the University of California, Davis have identified the specific traits that a psychologically well-adjusted person tends to possess.

The report, which was published in the Journal of Personality and Social Psychology, asked 214 psychologists to describe a psychologically healthy individual based on the extent to which they exhibited 30 traits.

The traits were pulled from what’s known as “the big five” personality characteristics: extraversion (how social and communicative a person is), openness to experience (how intellectually curious or adventurous a person is), conscientiousness (how dependable and plan-oriented a person is), agreeableness (how cooperative or compassionate a person is) and neuroticism (how anxious, depressed or angry a person is). Each of these categories can be broken down into a range of traits that describe more specific behaviors.

To get more of a layperson’s perspective, the researchers also asked two groups of undergraduate psychology students (500 in all) to rank the same traits.

In the end, the psychologists and the students were in agreement that the emotionally healthy person possesses three particular traits: They are open to feelings, embrace positive emotions and are straightforward. They’re also low in neuroticism ― no big surprise there.

Elaborating on those traits in the paper, the researchers wrote, “The psychologically healthy person can be characterized as being capable [of experiencing and expressing] emotions, straightforward, warm, friendly, genuine, confident in their own abilities, emotionally stable and fairly resilient to stress.”

Interestingly enough, the survey participants concluded that the healthy personality type has less of a tendency to fantasize. Why would it be a negative thing to engage in imaginative thinking?

“We might speculate that energetic, active healthy people who exhibit prosocial values are considered more likely to impact the world in positive ways,” UC Davis professor Wiebke Bleidorn, the lead author of the report, told HuffPost. “In contrast, while being prone to fantasy is not necessarily a bad attribute in many cases, on average it may be less likely to encourage healthy behavior.”

So those endless daydreams you have about writing the next Harry Potter or launching your own business or halting climate change aren’t necessarily healthy if you get lost in your thoughts and never pursue them.

Don’t fret if you don’t fit the study’s ideal type. Bleidorn stressed that even though personality traits tend to be fairly stable throughout life, you can work on becoming a healthier person.

“We know from other research that although personality is relatively stable, it can also change with interventions such as psychotherapy,” she said. “We hope these traits can now be targeted in future research on interventions designed to improve behaviors related to these traits.”

This article originally appeared on