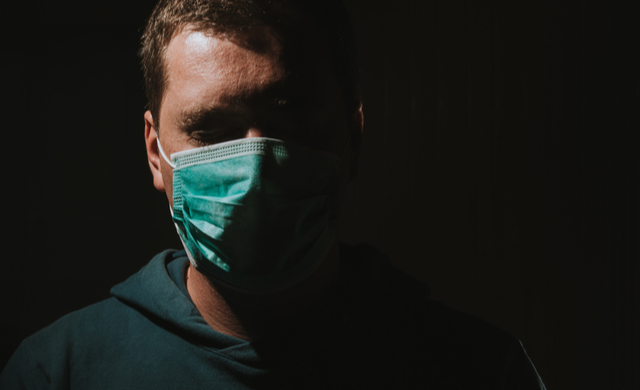 As United States residents continue to weather the effects of the COVID-19 pandemic, it’s taking a toll on their mental health, according to a new national survey led by researchers from Northeastern, Harvard, Northwestern, and Rutgers universities.

The latest results—released as the country enters the fourth month of a “new normal” governed by public health guidelines to reduce the spread of SARS-CoV-2, the coronavirus that causes COVID-19—show that more than a quarter of U.S. residents (27 percent) “describe symptoms in a range that would be considered moderate or severe depression,” according to the report.

The figure is more than three times higher than what has normally been observed in large national surveys. The National Health and Nutrition Examination Survey, for example, finds that roughly 8 percent of U.S. residents reported moderate to severe depression between 2013 and 2016.

“Clearly, contemporary events are putting us all under a lot of stress, and we wanted to know if it was noticeable by the standards of our survey,” says David Lazer, university distinguished professor of political science and computer and information sciences at Northeastern, and one of the researchers who conducted the study.

The report also comes on the heels of the death of George Floyd, a Black man in Minnesota who was killed in police custody on May 25. The event sparked protests around the world against police violence and racial injustice, and forced the U.S. to reckon with its history of racial disparities—the researchers found evidence of these disparities in their survey, as well.

Concerns about health, financial stability, job loss, and education are all higher among non-white respondents, according to the report.

“Our data reflect the fact that communities of color across the country are disproportionately affected by both health and economic problems related to the pandemic,” the researchers wrote.

According to the report, the proportion of respondents worried about getting the virus is at least 12 points higher for other racial groups when compared to white U.S. residents.

Less than a third (31 percent) of white respondents said they are “somewhat” or “very” concerned about losing their job, compared to over half of Hispanic (53 percent) and Asian Americans (51 percent), and 43 percent of African Americans, the survey found.

The proportion of people who say they are concerned about education and childcare, as well as access to healthcare, is between 13 and 21 points higher among non-white compared to white groups, the survey found.

“It’s a significant gap,” Lazer says, “that may be highlighting how our response to provide some shock absorbers to this disaster ironically replicate or build upon a scaffolding that has its biases in access to banking and other services.”

Other patterns emerged when the researchers examined who has—and who hasn’t—received financial relief from the CARES Act.

They found that women (72 percent) were more likely than men (62 percent) to say a stimulus payment was received in their household. Payments were also more commonly reported by Republicans (72 percent) compared to Democrats (67 percent) and independents (64 percent). People whose households received stimulus relief were more likely to say they would support Donald Trump in the 2020 election (37 percent) than their counterparts who did not get a payment (29 percent).

“These are not negligible differences,” Lazer says.