Voice of America (VOA) provides complete coverage of the U.S, Asia, Africa and the Mideast. 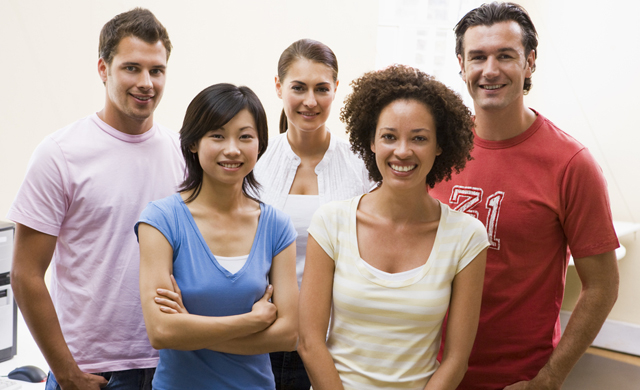 By Victor Morales, Voice of America

America’s demographics are changing like never before.  In less than 30 years, whites will no longer be the racial majority in the United States.  As VOA Senior Analyst Victor Morales explains in this first part of a two-part series, this population shift will have important implications for American culture and society.

The U.S. Census Bureau estimates that by 2045, the United States will have a population of some 389 million people.  And for the first time in the nation’s history, the majority of people living in the U.S. will be non-white.

“This new diversity boom that we’re seeing right now will be every bit as important for our country in the decades ahead as the baby boom [people born between 1946 and 1964] was in the last half of the 20th century,” said demographer William Frey of the Brookings Institution.

“We know that the baby boom has changed the country in lots of ways – popular culture, changing values about all kinds of social issues, families, women’s roles and politics.  And I think this diversity boom is going to have just as big of an impact.  We’ll be a very different country and we’re only just beginning to see the start of it,” said Frey.

Hispanics, who now total some 52 million people, are expected to remain the largest minority group in the United States for decades to come.  Despite an influx of undocumented immigrants from Latin America to the United States during the past 20 years, the rise in the number of Hispanics is driven mainly by birth.  Latinos account for much of the population growth in major cities like New York, Chicago and Los Angeles.  But they also are moving into rural areas, where currently there are relatively few Hispanics.

There are more than 16 million Asians in the United States.  America’s fast growing minority group, Asians live largely in major metropolitan areas.  By 2045, this growth is expected to be due to U.S. births rather than immigration.  And as with all of the nation’s ethnic minorities, many middle class Asians are moving to the suburbs of major cities.

The more than 40 million African Americans in the U.S. make up the nation’s oldest ethnic minority group.

“We’ve seen now in the last 20 years a black migration back to the South,” said demographer Frey.  “Blacks left the South 100 years ago during the days of high discrimination and the decline of the cotton industry, and the growth of jobs in the Northeast and Midwest.”

“But that’s all turned around as the South has become more prosperous.  So states like Georgia, North Carolina, Texas and Florida are big gainers of African Americans.  In the future, I think, the South will still be predominated by African Americans as the major group, even though the South is getting more Hispanics and Asians.  On the West Coast, it will be more of a Hispanic and Asian confluence.  And in the Midwest and Northeast, it will be some mix of all of those groups,” said Frey.

US National Character Unaffected by Demographics

By 2045, Hispanics, Asians and African Americans are expected to grow from more than a third of the population to a little more than half of the people living in the United States.

“The degree of cultural diversity that this introduces to this country is rather like the cultural diversity we had in the 19th century, and for that matter in the 18th century at the time of founding,” observed American Enterprise Institute political scientist Charles Murray.  In many ways, according to Murray, diversity has been a positive force throughout America history.

“We used to have radically different ways of life among different groups in this country.  And the 20th century was something of an anomaly in this regard as we saw an increasingly homogeneous culture with the rise of mass media,” Murray said.  “In many ways, I think the America of the 21st century with its increased cultural diversity is going to look familiar to historians of America.  And in that respect, it’s as American as apple pie.”

A few decades ago, many analysts warned that these demographic trends would lead to a balkanization of America.  However, most experts now agree that U.S. culture and assimilation will reinforce America’s national character, particularly as the rate of interracial marriage grows.

“The strengths of the English language, American culture and symbols and history and values – those are adopted very quickly among immigrant populations,” said Pantoja, who is an expert on immigrant and Hispanic politics in the United States.  “There’s overwhelming data that shows that by the second generation, the Spanish language is practically gone; the children of immigrants are English-dominant.  By the third generation, the Spanish language is essentially nonexistent.  So those assimilationist forces have been alive and well since the founding of this country.”

“We have a nation that’s built not on blood ties, but that’s built on ideas and ideals,” added Tamar Jacoby, president and CEO of ImmigrationWorks USA, a national federation of small business owners working to promote better immigration laws.

“Those ideals are freedom, the individual, democracy, equality and opportunity.  And those are pretty powerful things.  And we’ve come to live in ways that exemplify those ideals, and people find that way of living very attractive.  And that’s why people want to come here.  People come, and they succeed, and they like it.”