Why you Should Start Your New Year in February 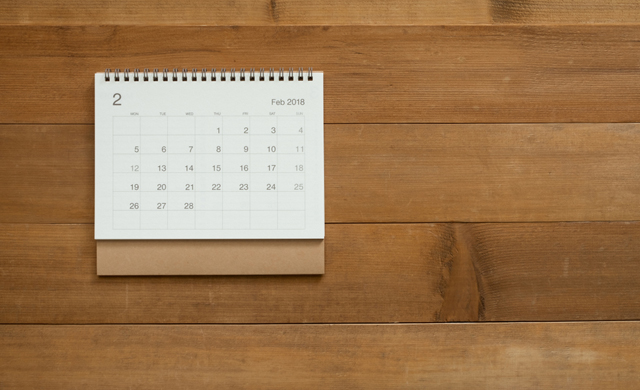 I hold off until February.

Why do I buck traditional trends and wait an entire month to start anew? It’s simple: I’m too tired in January. And the truth is, so are you.

You’ve just come off of a hectic holiday season – and for some of us that started back in early November. You’ve been on the move since then, attending holiday parties, eating copious amounts of food and frantically trying to wrap up all of your open loops before the end of the year hits. So when January rolls around and you finally have time to catch your breath, what do you?

You try to take on new habits, attempt to abolish bad ones and tackle projects while not giving yourself the time to recharge your batteries and really reflect on the year that has just passed you by.

While taking on this type of approach to mapping out your new year may not be as unconventional as, say, starting your week on a Sunday, it certainly won’t be popular with everyone. But think about the benefits of taking January to put yourself in a position to really succeed and polish up your plans for the year ahead. Even if you made a single resolution to take the first month of the calendar year to focus on the future through reflection and planning without the baggage of a worn out body and mind, wouldn’t you have a higher chance of achieving what you set out to do?

Rather than take on a series of resolutions now, keep them in mind and plan properly for them during the month of January. Make this a month of setting yourself up rather than sprinting in to the new year with full intentions and not enough energy to see them through over the long haul. Remember that a year is a marathon, not a sprint.

That’s not to say that you shouldn’t do anything in January, just take on projects that won’t make or break you.

1. Clean out the clutter. Clear out everything from the past year (and years prior, if applicable) and give yourself a clean slate come February. You have far more energy for this type of project in January than you do for ones that will take plans involving the future.

2. Start a journal. This type of activity allows you to reflect and start a new habit. It puts you in the position to have started a journey during a month where everything should be as low-impact on the mind as possible. Yet it allows your mind to think back to the year before to see what you did (and would do differently) and put it on record.

3. Gather your tools. January is the month where you can start to assemble the tools you’ll need for the year ahead. A paper planner (which often is sold at a cheaper price once hte year starts), a new domain for a website you’re going to start, and things of that nature are ideal things to gather so that you can start off the next month with most of what you’ll need at your disposal.

January is the perfect month to look back and prepare yourself for the months to come. Don’t saddle yourself with resolutions and intentions that are going to be difficult to maintain throughout the month – let alone the year – because you’re not fully prepared for them in mind, body and spirit.

Focus on making February the month to hit the ground running. Plan your route in January. You’ll have a better chance of not only finsihing the race, but being pleased with your results as well.