A Second Opinion Could Save Your Life 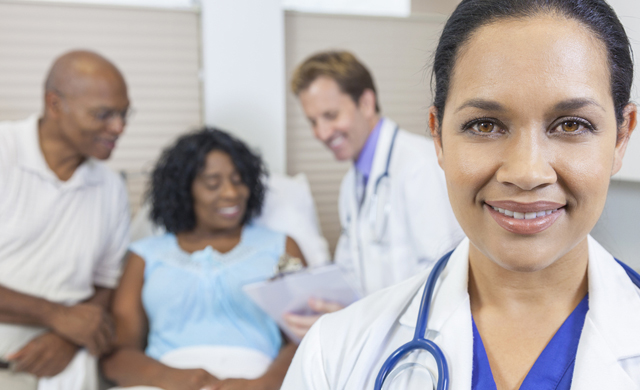 By Lisa Zamosky, author of "Healthcare, Insurance, and You: The Savvy Consumer's Guide."

If the now 50-year-old community organizer hadn't questioned the advice of the first oncologist she saw after undergoing a lumpectomy, she's not sure she'd still be here today.

Her oncologist, she recalls, "was very cavalier" about her condition and told her she didn't need chemotherapy. He was very dismissive of her concerns.

She decided to seek other opinions, but with trepidation.

"I remember having doubts about it because the doctor said I was fine, and that he knew what he was talking about," she recalled. "But, on the other hand, it didn't feel right and thought I should get a second opinion."

The doctor is not God. They can do amazing things, and I have the utmost respect for the profession, but they are all human.- Los Angeles resident Liza Bernstein and survivor of three bouts with breast cancer

Bernstein saw another doctor who insisted on having her pathology reports reexamined. This unearthed lingering cancer cells that were initially missed. It completely changed her course of treatment.

Second opinions are valuable for a number of reasons, experts say.

Several recent studies found that as many as 60% of patients who sought a second opinion received a major change in their diagnosis or treatment.

Yet according to a 2010 Gallup Poll, 70% of Americans don't feel the need to ask for one — most said they feel confident in their doctor's advice and saw no need to gather additional information.

Getting another doctor to weigh in also offers peace of mind.

"If there's ever any doubt, and we confirm what your physician says, that's very reassuring," says Dr. Mark Urman, vice president of physician relations for Second Opinion Expert, an online second-opinion service. "All of a sudden that can be very helpful psychologically to know your physician is on the right track," he says.

Most insurers cover the cost of a second opinion. Some may even require one before authorizing a procedure.

In California, HMOs are required to pay for a second physician consultation. In some cases, you may need to talk to a third doctor — say, if the first two disagree. Some insurers, including Medicare, will help cover that cost as well.

If you're faced with a recent diagnosis or questions about how to proceed with your treatment, consider these expert recommendations.

Find the right specialist. When looking for a second opinion to confirm a diagnosis or determine the best course of treatment, expertise matters.

"We always suggest to patients that they consider getting another opinion from a doctor who specializes in their disease," says Cassadie Moravek, patient services manager with the L.A.-based Pancreatic Cancer Action Network.

Ask around. Find out who in your local community might be best equipped to provide a second opinion. Your primary care physician is one good resource.

When Thom Mrozek was diagnosed with pancreatic cancer three years ago, he and his wife got word out to their community that they were looking for the best doctor to treat him.

"We just started casting the nets," says the 52-year-old spokesman for the Los Angeles U.S. attorney's office. "By dumb luck, I know people who were able to hook me up with some fantastic doctors," Mrozek says.

He got more than a second opinion — Mrozek consulted five physicians before settling on a course of treatment.

And the Patient Advocate Foundation in Hampton, Va., maintains a list of disease-specific resources on its website, including organizations that may be able to connect you with physician specialists.

Check around at work and go online. There are new services that allow you to tap into doctors' clinical expertise without traveling.

Online resources, such as Second Opinion Expert, allows you to upload your medical records and have your case reviewed by a physician specialist.

The Pancreatic Cancer Action Network maintains a list of top medical institutions, including Harvard Medical School and the Cleveland Clinic, that will provide a second opinion remotely.

Many large employers and insurance companies provide access to outside experts who will collect all your medical records and review your case as part of your benefits package.

Request a new pathology reading. Pathology reports are too frequently incorrect. For example, a recent article in the Journal of the American Medical Assn. found that pathologists incorrectly diagnosed nearly 25% of breast biopsies.

Ask to have them conducted again.

Be prepared. "If an individual is looking to get a high-quality second opinion, it's important that they do a really good job of preparing for that visit," says Dr. Lewis Levy, a senior vice president with Best Doctors Inc., a service offering second opinions on medical cases.

First, do your research, says Dr. Jonathan Teich, an executive with Elsevier, a healthcare information company.

"If the patient already has some background, that would certainly streamline the discussion and would give me more of that time to discuss with them the nuances of the different choices," Teich says.

It's also imperative that you collect all your medical records and have them sent to the physician's office before your visit. The second-opinion doctor shouldn't have to rely on your explanation of your medical condition, Levy says. This can also save time and money by preventing you from having to take tests you've already had.

Prepare a list of questions, and don't go to the visit alone.

"Often healthcare decisions can be emotionally quite overwhelming, and I would like to stress the importance of bringing another person to the appointment with you," Levy says. "In the setting of high emotion, it can be difficult to hear all the information the doctor is providing."

Bernstein, the Los Angeles woman who has now survived three bouts with breast cancer, says she's learned how important it is to keep searching for the right doctors to treat her — and to not take anything she's told at face value.

"The doctor is not God. They can do amazing things, and I have the utmost respect for the profession, but they are all human."