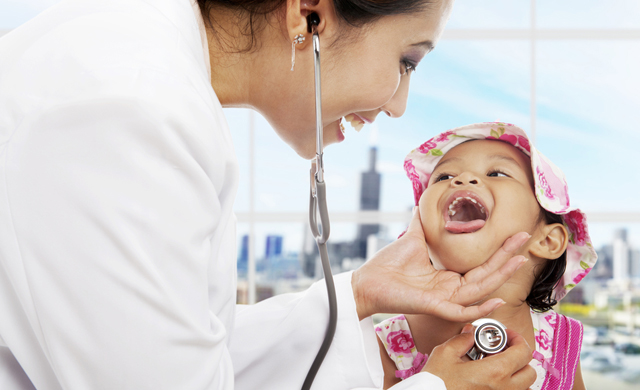 The Affordable Care Act (ACA) is making quality, affordable health care coverage accessible to an estimated 10 million uninsured Hispanics.  This previously unprecedented access for the group with the least access (nearly 1 in 3 uninsured) has the potential to write a whole new future for the Hispanic community due to its emphasis on preventive care and provisions for heightened cultural competency.

Preventive care is a gateway to health.  It includes a collection of services that can quite literally save a life and greatly improve the quality of life.  Preventative care allows physicians to focus on the patient’s total well-being, imparting the knowledge and recommendations they need to live happier, healthier lives.  And it is the stage of care when patients are likely to gain a better understanding of basic health practices and disease management.

Traditionally Hispanics have been less likely to receive preventive care, in great part due to lower incidence of health coverage, but also due to lower health and health care literacy and understanding of the  benefits of health insurance.  The ACA’s emphasis on preventive care will make a significant difference in the future health of Hispanics especially as it pertains to diabetes and obesity, conditions which disproportionately affect this population.

Diabetes is the fifth leading cause of death among Hispanics in the U.S. and the leading cause of heart disease and stroke.  Hispanics are almost twice as likely to develop Type 2 diabetes compared to the non-Hispanic population.  Many are at risk for the disease and  go untreated.  At present, it is estimated that 10 million Hispanics (20 and older) have diabetes and many more are undiagnosed.  Particularly distressing is the projected future of this disease when one considers it is estimated that nearly half of all Hispanic children born in 2000 will develop it.

Access to regular preventive care, including check ups and screenings, will help Hispanics recognize and understand their diabetes risk as well as get diagnosed and treated.  More importantly, it will help them understand pre-diabetes, how it can be addressed with simple diet and exercise, and how this can greatly reduce their risk of it developing into Type 2.

Obesity is also of major concern within Hispanic community.  About a third of Hispanics (18 and older) are obese and another third are overweight.  Moreover, close to 40% of Hispanic children and teens are considered obese or overweight, putting them at greater risk for diabetes and heart disease. Unfortunately, many Hispanics tend to underestimate their weight and do not consider themselves to be overweight or obese, as defined by the Center for Disease Control & Prevention.  Often “gorditos” (and endearing word in Spanish for chubby) are simply deemed cute and a woman with curves is naturally considered “womanly.”  Of particular concern is that these individuals are less likely than non-Hispanics to understand the health risks of being overweight.

Greater access to preventive care will help Hispanics to better to manage their health conditions and prevent them from worsening or developing further complications.  With 34% of Hispanics under the age of 18 heart diseases is less prevalent as compared to than other ethnic groups. However, when one takes into consideration the higher prevalence of obesity and diabetes in the community their cardiovascular future seems uncertain.  The ACA’s emphasis on affordable preventive care can help transform this future.

The ACA has made provisions for diversifying the health care workforce, which suffers from underrepresentation of Hispanics, and strengthening its cultural competence.

Cultural competency goes far beyond language and in order to provide better and more effective health care solutions, medical practitioners need to understand not only Hispanic family dynamics, but their cultural traditions and their mindset.  It’s important to recognize that Hispanics tend to have larger families and, are more likely to be caring for members of the extended family, which factors into their healthcare decisions made as one unit.  Furthermore, it’s important to acknowledge how cultural traditions will impact treatment decisions, such as the ritual of utilizing natural home remedies over traditional medicine.  Often Hispanics are raised with a fatalistic mindset – it is the idea that when your number is up, it’s up – and as such, may not look to finding a cure to their disease(s).  The influence of spirituality will also undoubtedly play a role in what medical treatment Hispanics ultimately decide to embark upon, as many would rather leave it in hands of their faith.   It’s important therefore that marketers factor in all of these cultural nuances to better understand why  Hispanics often delay medical care.  It is in part due to lack of health coverage, but also because of varying cultural factors that come into play, and medical practitioners  who will need to have this cultural understanding to provide the best course of treatment for this audience. Increasing the ethnic diversity of health care professionals, as well as strengthening the cultural competency training of all health care providers will help them communicate more effectively with their new, as well as existing Hispanic patients and better address their healthcare needs.

The market is abuzz with health and wellness dialogue.  It is  taking place in the media, at community forums and among families and friends.  As tends to happen in the Hispanic community, word of mouth will also play a role.  As more and more Hispanics embrace this world of preventive care, more  healthcare opportunities others will follow.  This groundswell of education and understanding will have an impact beyond those directly affected by the ACA to include those that have been in the health care system, but may not have been optimizing their use of preventive services it or getting the right attention.  This is how the ACA stands to benefit the Hispanic community at large.  The immediate and most logical beneficiaries are the newly insured, but those already insured will also benefit from the improvements in the system that will ensure they too have better access to affordable preventive care services with more  targeted health education and  culturally competent care.

We are witnessing the beginning of a movement that will revolutionize Hispanic health and well-being.  This movement will first improve Hispanic’s management of chronic health conditions as well as their ability to remain healthy.  But then, with more Hispanic young adults and kids entering the system, new health care traditions will be established from an early age, pushing the market to a tipping point where quality care is the norm, where diabetes and obesity are better managed and where Hispanics in general have a better quality of life.

How Organizations Need to Better Engage with the Hispanic/Latinx Consumer, Candidate and Community

Statement on Donation of over 60,000 N95 Masks to Community Centers Providing Health and Mental Health Services to Underserved Hispanic Communities