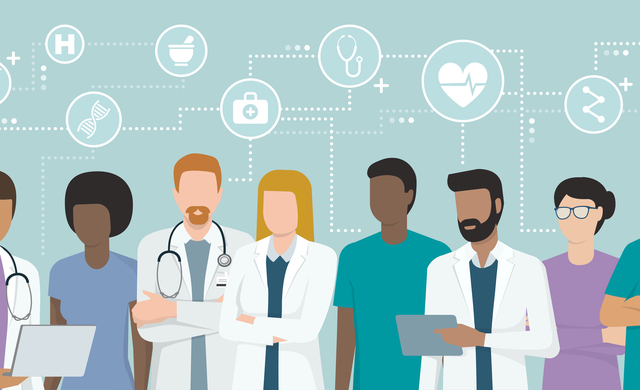 2020 is the year when the majority of all Americans under seventeen years old will be from a minority background, a process that will culminate with a so-called “minority-majority” population by the mid-2040s. These demographic changes will bring about a significant transformation to Corporate America, and during the next few months, I will discuss some of these consequences, in each article targeting one specific area of our business environment.

The idea to write about the impact of our demographic trends from a Health & Wellness “angle” precedes the extraordinary times we are facing under the COVID-19 pandemic. However, the timing for this subject may not be entirely off, given that the current crisis has accentuated and exposed some of the issues and opportunities we will face for years to come.

Below are the most relevant topics I believe we need to focus on:

While the number of Americans from minority backgrounds without access to healthcare coverage significantly decreased since the implementation of the ACA, the gap between different segments is still significant.

Progress was made in the last decade, but this declining trend came to a halt around 2017. Moreover, even at record low levels, the gap of uninsured individuals compared to the non-Hispanic White and Asian American segments is significant, as reports show these segments at 7%.

To further aggravate the situation, the recent changes in the public charge rule make it harder for immigrants looking for citizenship to benefit from services like Medicare and the Children’s Health Insurance Program.

Why is this important? If these trends stay the same in the next decades, we will face an increase in the country’s overall uninsured rates, bringing with it a range of social and economic consequences, including the costs associated with excess healthcare costs and loss of productivity that can grow to billions of dollars per year.

According to a study conducted by the Associated Press-NORC Center for Public Affairs, approximately 62% of U.S. Hispanics prefer healthcare-related resources and information in Spanish, and 58% prefer to deal with a healthcare provider who speaks Spanish. Almost half of the respondents think that some of the info received in the past got “lost in translation.”

One of the reasons behind these significant numbers is that this is not a factor exclusive to residents who are not comfortable with English as their primary language. When it comes to bilingual language skills, one thing is to feel comfortable enough to watch a movie and, even be part of the working force, but when the subject of the discussion is your health or the health of you loved ones, the complexity of the topic may push you back to your original language.

But language is not the only barrier for minority segments looking for healthcare services, as reported by a Harvard Business Review Research that showed that African American males believe that when they are assigned to an African American doctor, they get more preventive and screening services (like diabetes and cholesterol screenings). Also, they are more open to discuss health and personal related issues.

The Next Generation of Multicultural Health Professionals

Research conducted by the Association of American Medical Colleges showed that while Hispanics and African Americans represent approximately 33% of the U.S. population, in 2017, they make up to less than 13% of the medical school students.

When it comes to Registered Nurses, the numbers are a bit better, but still underrepresented. According to a study from the American Association of Colleges of Nursing, in 2018, Hispanics and African American students represented approximately less than 25% of all nursing students.

With the costs of higher education skyrocketing over the years, it is important to understand that having a population of healthcare professionals that represent our minority segments is not a matter of equal representation, but rather an opportunity for better services and better outcomes. But affordability is only one factor on a complex topic that also includes other aspects like mentorship and flexible study hours.

One of the biggest villains in our country’s health as a whole is our eating habits. Minorities, mainly Hispanics and African American individuals, who are at a higher risk for conditions like diabetes and cardiovascular diseases, demonstrate perceptions and attitudes towards their diets, which may further escalate their risks.

For instance, both cultures have diets full of fat, carbs, sweet and salty dishes, mostly consumed among family and friends around a lunch or dinner table. Furthermore, members of these minority segments may also believe that food cooked from scratch tend to be healthier, regardless of their composition, which creates another cultural barrier from a perception standpoint.

I spoke about this with Beatriz Rojas, Sr. Director, Multicultural Marketing at Kaiser Permanente, who raised another interesting angle when it comes to minorities and their eating habits:

“Another important consideration is that unfortunately, in many neighborhoods with a high index of Hispanics and African Americans, there is a lack of availability of healthy food, tending more to be smaller corner-style grocery shops, where they do not carry much fresh food. And also, fresh and healthy food tends to be more expensive.”

While minorities don’t have a good track record when it comes to their eating habits, they also tend to lag behind the White population regarding exercise habits. A Center for Diseases Control and Prevention (CDC) survey has concluded that the majority of Hispanic and African American individuals covered by the study did not meet the guidelines for either aerobic or muscle strengthening exercises.

The Gap in Marketing Investments

One additional indicator that shows the under-representation of minority consumers compared to their population size is advertising. For example, studies conducted by the Culture Marketing Council have indicated that, historically, healthcare providers and pharma companies have invested approximately 2% of their advertising dollars in the Hispanic segment. In comparison, these segments represent almost 20% of the population.

While some of these consumers are exposed to the industry’s ads targeting the general population in English, there’s still a significant number of Hispanic consumers who prefer to receive their information about health and wellness in Spanish. Most importantly, many ads tend to follow the “one-size-fits-all” approach and miss cultural nuances and contexts that would make their messages more effective, even in English.

Moreover, when a brand advertises to minority segments, they not only connect with a potential customer but, in some cases, with the whole household, since it is common, like in the Hispanic population where almost 1/3 of all households are multigenerational, that healthcare decisions to be more made on a collective rather than an individual way.

Again, here’s Beatriz Rojas’ take on the need for advertisers to reach and connect with minority audience:

“I think it is important in addition to traditional advertising, that we focus on new channels and content: this audience is very thirsty for content: digital, social, partnerships with trusted sources (like Telemundo, Univision, CNN, etc.). Kind of educational content about the importance and options of having health insurance and also healthy habits and now super relevant topics like mental health are key.”

The next few years and decades represent an opportunity for a shift in the way minorities in America are approached by the Health & Wellness industry. A healthier society is also a more productive society, and there are significant challenges and opportunities ahead of us to close the gaps mentioned in this article. This is not a matter of government policies only; it is an effort that will have to be tackled by all stakeholders. It’s time for a check-up!