Amplifying the Voice of Our Community 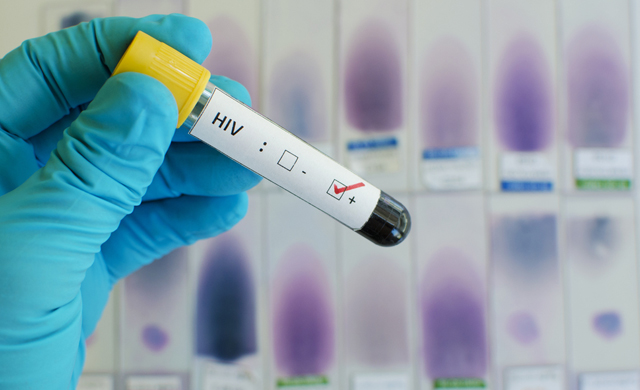 A new study detailing diagnoses and the prevalence of HIV among Latinos in the United States tells how the disease has risen among men who have sex with men and details the rates of infections among Latino millennials.

There was a sharp increase of infection between 2008-2013 -- 41.3 percent per 100,000 -- and the highest rate of diagnoses occurred between 25-34 years old, which was 40.1 percent, according to Dr. Kenneth Dominguez, a Medical Epidemiologist with the Division of HIV/AIDS Prevention at the National Center for HIV/AIDS, Viral Hepatitis, STD & TB Prevention at the Centers for Disease Control.

In 2013, the HIV diagnoses rate per 100,000 in the population among males was more than six times the rate among females, which was 6.8 percent. By transmission category, the largest number of HIV diagnoses occurred among males with male-to-male sexual contact, which was 82.8 percent. Among females and heterosexuals contact, it was 87.2 percent, according to the study.

Among the barriers to care are language, lack of insurance, and the stigma of HIV infection and homosexuality, according to Dominguez.

Despite barriers to care, around 85 percent do receive their diagnoses and about 80 percent of those newly diagnosed go to their first medical visit. It drops to 40 percent after this and this is a huge drop. Among millennials 13-24 years of age, the rate of infection is 17 percent per 100,000, and among 35-40 it is 40 percent per 100,000.

Among millennials, "An open line of communication with teenagers delays that first sexual encounter," says Dominguez. It is important to talk openly among family and friends about the illness and preventive care. It can help to prevent the disease and young people can be open and honest about a sexual encounter. They can be introduced to what may be risky behavior and what to do to prevent it. Community-based organizations can play a leading role with prevention.

According to the study, an estimated 43 percent of Latinos who received an HIV diagnoses were not born in the United States or Puerto Rico and among these Latino groups, 66 percent were men who have sex with men. The immigrant population is very important to consider when developing HIV prevention interventions because 40 percent do not speak English well or at all and they have limited access to health insurance, lack health care, and may live under the poverty line, according to the study.

There was a decline per 100,000 among adolescent Latinos from 28.3 percent in 2008 to 24.3 percent on 2013. Among males, the decrease was 45 percent to 41.3 percent. The rate of infection among Latinos represents around 17 percent, nearly three times the rate among White Non Hispanics. Among women born in the United States, it was 21.2 percent compared to those born in Puerto Rico (20.5 percent). Still, among the most common ways to become infected with HIV was male-to-male sexual contact, with this being the majority of rates of infection with 82.8 percent and among females with infection attributed to heterosexual contact the number was at 87.2 percent. In 2008-2013 the overall rates of infection decreased among adult and adolescent Latinos, though it has not been uniform because rates of diagnoses of men who have sex with men has increased.

There is a disproportionate rate of HIV infection among Latinos and much work needs to be done to reach Latinos who are in high risk for the disease, according to the study. Outreach is needed regarding testing projects, high impact prevention campaigns, and technical assistance to health departments.

The disease has become a chronic illness and can be managed with a series of drug therapies. There are around 30 HIV drugs on the market and some have two-to-four therapies in one pill. Some therapies need only be taken once a day and they include four therapies.