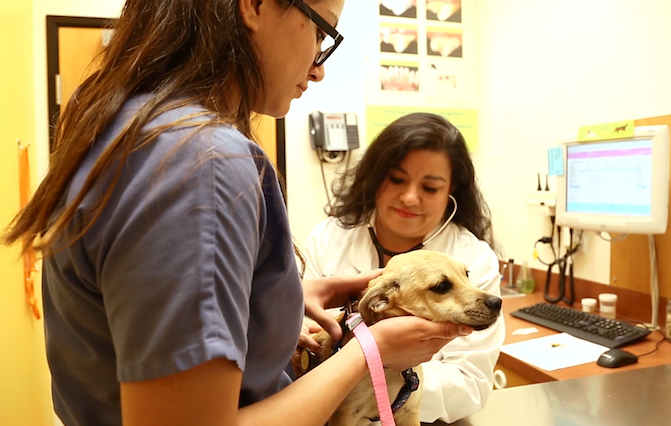 As medical director, my first priority is to ensure the best medical quality at the 14 hospitals I help to manage. Second to that is doctor engagement – making sure that all have access to Banfield resources and can practice medicine to their best. 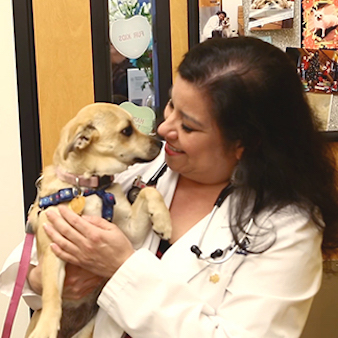 It came as I was talking to one of our veterinary assistants, who really wanted to be a doctor but no one had ever encouraged her before. It opened my eyes to the obligation I had to support the next generation of doctors and leaders any way I could. 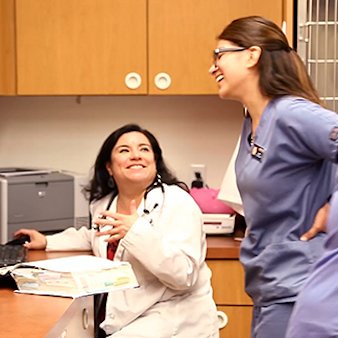 I always had a love for animals, and Banfield enabled me to fulfill that dream. But they also gave me the opportunity to reach beyond it into a leadership role where I found another passion: helping develop other doctors and future leaders. 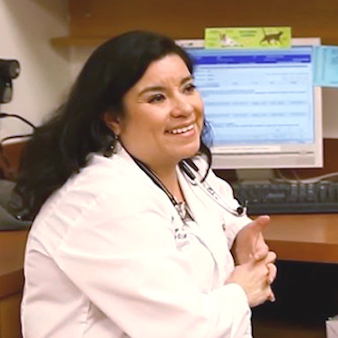 For most people, changing careers midstream would probably define their Big Career Moment – that major turning point in their lives that enabled them to achieve a feeling of true success and purpose. But for Dr. Mary Guerra, she topped that milestone after she earned her second degree and began working as an associate Doctor of Veterinary Medicine (DVM) at Banfield Pet Hospital, where she’s now a medical director serving multiple hospitals. 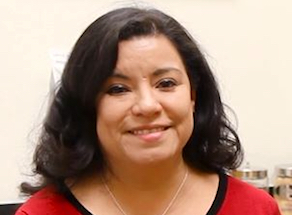 Mary Guerra initially wanted to be a lawyer and earned her first degree in government from the University of Texas (UT) in Austin. While pursuing her degree, she began an internship at the Texas Attorney General’s office. Unsure about law school after graduating from UT, and enjoying her work at the AG office, she decided to continue on there – and was soon promoted from part-time secretary to a paralegal position.

Though the legal work was interesting, Guerra eventually sought to have greater influence and make a bigger impact in her career. After 10 years working in law, she decided to follow her passion for animals and began volunteering at a local shelter in Austin. That experience confirmed her next step – to pursue a second career in veterinary medicine – and she began taking science classes at night in preparation for this career change.

Armed with the science courses she needed, Guerra left the security of a well-paying job and enrolled at Angelo State University, where she earned her second degree: a Bachelor of Science in animal science. From there, she went to Texas A&M and obtained her Doctor of Veterinary Medicine (DVM) degree. She began working at Banfield Pet Hospital as an associate DVM in July 2008. She was promoted in July 2015 to her current role as Medical Director for the DFW Central market (in the Dallas/Fort Worth area).