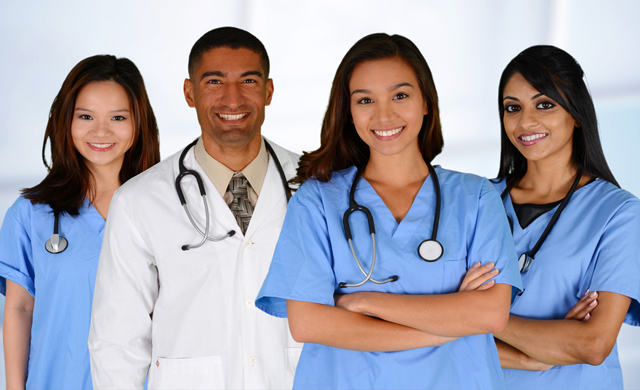 What do you want to be when you grow up? What’s your major? Those two common questions shape much of how we see our careers—first as an identity (a doctor, a lawyer, a teacher), then through the practical lens of the path that will get us from school to a good-paying job.

But what if we changed the question to: What do you want to do? What legacy do you seek to leave for your family and your community?

Kate Sleeth wants you to know: you could help find a cure for cancer. Or contribute to other advancements in science and medical care—innovations that could improve the lives of millions of people. If you’re interested in biology and you’re tenacious enough to keep looking for answers to big questions, City of Hope wants to build a relationship with you.

In particular, City of Hope is actively seeking to increase the diversity of the graduate students accepted into the Ph.D. program at its Irell & Manella Graduate School of Biological Sciences.

Here’s the thing: if you don’t apply, they can’t accept you.

City of Hope is a world leader in the research and treatment of cancer, diabetes, and other debilitating diseases. Thanks to its commitment to education, City of Hope created its own Graduate School of Biological Sciences, allowing students to pursue a Ph.D. while participating in breakthrough research with global implications.

Kate Sleeth, Ph.D., is the Associate Dean of Administration and Student Development. When she started her role in admissions several years ago, she realized there wasn’t much diversity in the pool of people being interviewed for the graduate school. So she set out to fix that. 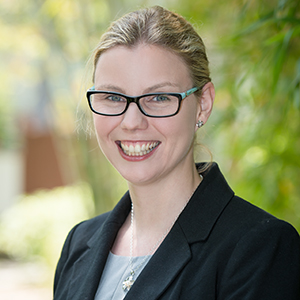 Like many healthcare organizations, City of Hope recognizes the growing need for clinical professionals that more closely mirror the patients in the communities it serves. City of Hope is based in the Southern California city of Duarte, just outside of Los Angeles. With a local population that is nearly half Hispanic, that means recruiting more Hispanics into their program and providing much-needed career development opportunities for minorities overall.

Each year they get about 150 total applicants for up to 20 available spots in the graduate school. In the past, they had one minority student in the class every few years. Thanks to proactive outreach by Dr. Sleeth and her team, in 2015 seven in a class of 16 were minorities and last year there were five in a class of 19.

Seeing Opportunity to Up Their Recruiting Game

It’s impossible to accept more diverse students if they’re not applying to the school in the first place. So Sleeth expanded the roster of local universities at which they actively recruit, targeting California State University of Los Angeles (Cal State LA) in particular—a school with 57 percent Hispanic enrollment, according to the Hispanic Outlook on Education Magazine. She gave a presentation on campus and, as a result, the following year they accepted a Cal State LA student into the program. “That student went back and told everyone how wonderful we were,” said Sleeth. “The following year we had a number of applications from Cal State LA—in one class, we took three students from that school in particular.”

Sleeth also increased recruiting at some large conferences geared toward underrepresented minorities in science, as a way to reach a large portion of people who’d never heard of City of Hope. One such organization is SACNAS—the Society for Advancement of Chicanos/Hispanics and Native Americans in Science.

But attending wasn’t enough. “Before, we were going to the conferences but not making a splash. We’d have a table with flyers and that was it.” Sleeth created materials showcasing the school’s new diversity, including a flyer featuring six current and alumni minority students talking about their experiences in the program.

A Chance to Do Big Things for the Hispanic Community

According to the Centers for Disease Control and Prevention (CDC), Hispanics are about 50 percent more likely to die from diabetes or liver disease than Caucasians. Heart disease and cancer are the two leading causes of death for Hispanics (accounting for about 2 of 5 deaths).

City of Hope has a long history of developing powerful treatments that save lives, including development of the first synthetic human insulin—a life-saver for those with diabetes. Its researchers also were involved in the development of the human growth hormone, and the technology behind the widely used cancer-fighting drugs Herceptin, Rituxan and Avastin.

“People get excited when they hear the kind of work we’ve done,” said Sleeth. “You don’t have to go to an Ivy League school to have access to the professors we have, the kind of equipment we have, the skill set we have—and the chance to work on some of the biggest medical challenges of our time.”

Advantages of a Small School

In fact, the bigger schools can’t give you what many students need the most: personal attention throughout your time in the program.

“We know all students by name, and they know us,” said Sleeth. “If you’re struggling in classes, you can’t hide. We know, and we can give one-on-one tutoring. We want you to succeed.”

The program is unique in offering a pathway to earn a certificate in bioscience management. There are also plenty of opportunities to build leadership skills, with an active grad student organization and a chance to help organize and run large-scale events like conferences.

City of Hope also offers the Eugene and Ruth Roberts Summer Student Academy, where high school and undergraduate students have on-campus research experience. Sleeth said they typically receive 1,500 applications for 90 slots—a third of which are usually filled by minority students. Some of those students go on to the Ph.D. program.

“Right now we have five previous summer students in our graduate school,” said Sleeth. “The Summer Academy is a great way to see what it’s like here. And once they’re here, we have them hooked.”

They’ve Got Momentum … and Competition

This year, five out of the accepted 15 students in the incoming graduate class are minority students—that’s the ratio they hope to meet every year. They could have had even more—three more minority students accepted but then rescinded after getting “crazy offers from other schools,” according to Sleeth. “This is the first year that’s happened. We’ll have to up our game.”

Sleeth is on it. As a biochemist who now works with the grad school full-time, she’s personally responsible for student development, and she makes a point to form a close bond with as many students as possible. It’s unusual to have a fellow scientist as a counselor. “I know what they’re feeling because I was one of them,” she said.

She has some advice if you’re interested in a career in healthcare or sciences:

Her parting words: “Everybody has the ability to be great at something. We just want to give you the opportunity to be successful.”