Finding Authenticity in My Leadership Journey 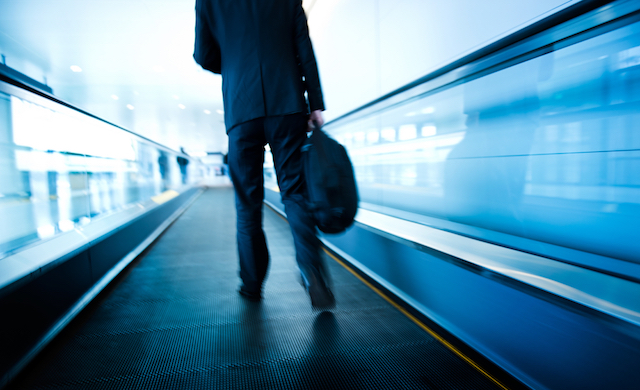 Coming from a small town in Crystal City, Texas, population 8000, I never saw myself getting to where I am today. I could envision what I wanted from an early age, but I can’t say I actually believed it would ever happen. And even if it did, at 14 years old, I couldn’t really know then what it would mean to find real fulfillment and authenticity in my leadership journey.

When I did dream of the future back then, I saw myself sitting behind a big mahogany desk in a high rise corner office with a beautiful view and an executive assistant sitting just outside my door. Despite the odds and my own self-doubt, I actually did achieve that dream at State Farm, where I started as an information technician and eventually switched gears as Public Affairs Manager. In my new role, I was responsible for all philanthropic efforts tied to community and economic development, including the company’s national relationships in the Hispanic community.

With a well-appointed office overlooking downtown Bloomington, Illinois, I thought I had finally arrived.

Though it was a great job, at some point I began to realize that career achievement and satisfaction meant something more. Something I couldn’t have imagined as a child. It meant the desire and the ability to be an authentic leader.

Striving for authenticity as a leader led me to Walmart at the beginning of 2008, where I currently hold the position of Senior Director of Corporate Affairs at our home office in Bentonville, Arkansas, and help set the strategy for the company’s outreach opportunities and social investments.

To me, an authentic individual doesn’t follow others – they don’t have to because they trust and believe in themselves, even when others may not immediately follow them or understand the opportunity that they see. Above all, an authentic leader is transparent. By being yourself, you inspire others to be authentic too. By learning from and investing in each other, you ultimately lift each other up. Most people think you have to have sharp elbows to make your way up, but if we as Latinos lead with our authentic voices and values, we will find more success and be able to bring others along with us.

The idea of an authentic leader really crystallized for me in August of 2014. That’s when I attended a Center for Hispanic Leadership (CHL) workshop at CHL Academy for 21st Century Leadership. What has transpired in the two years since then has much to do with what I experienced in the workshop and how it opened my eyes to opportunities previously unseen.

For example, in the community where I grew up, near the Mexican border, we were always told the opposite of what we learned in the workshop: “Forget your heritage, forget your culture, forget speaking Spanish. You’ll never succeed in life until you do.” The message was, you must assimilate and be what others expect and want you to be.

CHL said no to all of that. They showed how and why our culture and the values we grew up with as Latinos are the key to success, not only in our own leadership journeys but to the people and organizations we serve. They taught us to be proud of our heritage and how to harness the natural characteristics we possess in service to our leadership, career and business goals. In short, they showed the way to becoming an authentic leader.

A year prior to the CHL Academy workshop, I had been selected by Walmart leadership for the chair position of our Hispanic Latino Associate Resource Group. But it was not until after my CHL experience that I could see the numerous opportunities to leverage this leadership position to impact our Latino talent at Walmart. In the past, I might have let these opportunities float by me – if I saw them at all. Instead, I soon found myself in a meeting with the 32 Hispanic officers in our home office, where I presented to them an opportunity to influence and grow our talent pipeline. I talked about the ideas I believed in, such as sharing your identity, owning your development and bringing others along with you.

The officers shared my enthusiasm, and less than a year later in April 2015, after multiple strategy sessions and much research, we created the first Hispanic Officers Caucus at Walmart – something that had been in the works for several years prior but had never come to fruition.

During this same timeframe, we planned our first Hispanic Forum focused on developing the Hispanic talent pipeline at Walmart. In August 2015, we brought more than 400 of our top Hispanic talent from across the U.S. to our home office, where they heard from not only our Latino officers and board members, but other top leadership at Walmart from the CEO on down, key Hispanic leaders from other organizations, and political leaders such as Henry Cisneros, former HUD secretary and mayor of San Antonio.

A lot has happened over the past couple of years, and I credit my CHL experience with much of it – an experience I wanted to share with others as I saw the changes in my own good fortune: the expanded responsibilities, the greater access to key leadership (I was the first associate resource group chair to present to the board of directors at Walmart), and the new-found ability to see and seize opportunities to not only further my own career, but to better leverage all of our diverse talent and define our future together.