Assistant to the President and CEO 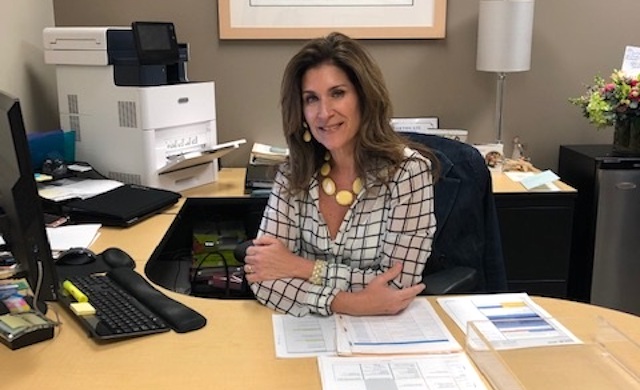 If you ever need to interact with the President and CEO of City of Hope, most likely you will encounter Olga Yero first. And you’ll be glad you did.

Yero manages the Office of the President and CEO, Robert Stone. A world-renowned comprehensive cancer center and independent biomedical research institution near Los Angeles, City of Hope is a very busy place – and Yero keeps the CEO’s office running smoothly. She does a little bit of everything, managing every detail for every function – calendar management, travel planning, budget management, including meeting preparation and execution. She supports bimonthly executive team meetings, weekly CEO Council meetings – working closely with the offices of the executive team on agenda items and action items, keeping processes and schedules running well.

She represents the office of the CEO to everyone inside and outside the company: doctors, patients, family members, employees and strategic partners.

“I wear multiple hats in the office,” she explained. “I have to be knowledgeable and connected to what is happening – our office interacts with every part of the organization. A good executive assistant must do 100 things well, and always with a smile. I love the complexity, and I love how busy it is.”

Her typical day is not typical. When I ask for an example, there’s one top of mind: yesterday.

“We were preparing a big announcement about City of Hope’s expansion into Orange County,” said Yero. “Over the weekend our media team called me to advise they had several media interview requests about the news and, therefore, Robert’s schedule for Monday had to be cleared.”

So Yero spent Monday rescheduling the previous meetings to accommodate the media interviews, and working with the Orange County media team to make sure he had everything he needed to talk about their plans to invest more than $1 billion in a new comprehensive cancer campus, which will change the way cancer care is delivered in Orange County, California.

“That’s what I like – that you don’t have typical days,” she said. “And I like my role as strategic business partner – supporting the executive in the background, anticipating needs and coming up with solutions to make things easier and more organized for the people I support. I thrive on the responsibility and the trust placed in me.”

Yero’s stepdad was a patient at City of Hope with kidney cancer 28 years ago. Her mom was there with breast cancer seven years ago. They’re both survivors.

“I’ve been tied to City of Hope through my family for a long time, though I didn’t work here until five years ago.”

Yero started at City of Hope in an entry level position in Human Resources in 2014. She was qualified for something at a much higher lever, but she wanted to be at City of Hope so she took it as a stepping stone.

“Every time I came here with my parents for appointments, it felt peaceful,” she said. “The people are so welcoming and helpful. There’s such a good feeling here. I wanted to seize the opportunity of working for an organization that makes a difference in people’s lives.”

Within a few months, Yero was placed as administrator and assistant to the President and CEO.

In fact, she seems to have a gravitational pull to the C-suite. She’s held various administrative support roles for more than 30 years, usually starting at entry level positions until gaining knowledge and skill leading to higher level management responsibilities.

From Reluctant Engineer to Trusted Organizer-In-Chief

As a kid her favorite toys were doctor kits, and professional degrees seemed to run in the family. One grandfather was a doctor, the other was a pharmacist. Her mom is an accountant and her dad held two engineering degrees.

Yero came to the United States from Cuba at age 12 with her mom, without speaking English and without any money. Her dream of becoming a doctor became difficult without financial means or a support system to show her the way. Her mom worked three jobs to support the household, and Yero helped by working in a fish-packing factory, a bridal dress shop, a bakery, and at a furniture manufacturing company.

What she calls her first “real job” was as a receptionist at a law firm, while she earned an associate of science degree in electrical engineering. She discovered she didn’t like engineering, but she loved the people connection at the law firm. So she became a legal assistant.

“I have a strong nurturing side,” said Yero. “I’m always making sure everyone’s happy, and I’m always taking care of people. I just like it. Maybe that’s why I’m good at this kind of job. I don’t mind switching from task to task and the variety of what I do in a day – from getting coffee, to managing a department budget.”

She went from the law firm to Children’s Hospital of Los Angeles, starting there as a surgery scheduler.

“It’s the closest to being a doctor I came, because we wore scrubs and we were in the surgery room,” she said. “It was very intense. I’m certain I gained my time management skills from working there.”

She worked at Children’s Hospital for 12 years in various administrative support positions and departments, exposing her to all aspects of the organization – ultimately managing the office of the Director of Research and working closely with the fundraising board of directors.

From there she took a job working as executive assistant to the directors of Engineering and Operations for Metrolink, a public transportation agency that provides a network of commuter trains on routes throughout Southern California. During 13 years there, she again moved up to become chief of staff to the CEO and she supported the board of directors.

She liked learning about transportation and public service, but she missed healthcare. That’s when she found her way to City of Hope.

“I’m not sure I chose this career path, but I liked it from the beginning,” she said. “If you have a servant’s heart, that’s the foundation for being an administrator and assistant. You just want to serve anyone – a patient, a family member, your coworkers, your executive, and your organization.”

It sounds like her description of having to “do 100 things well” is actually an undersell.