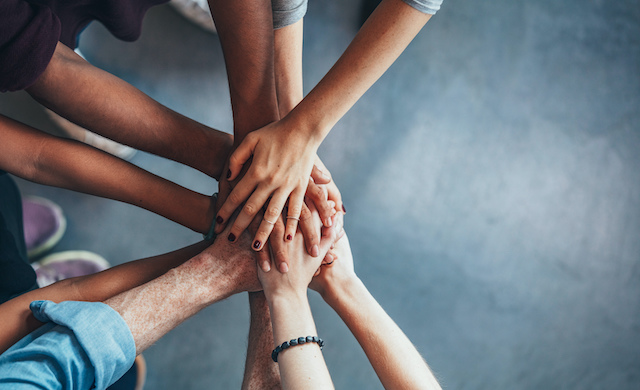 David Soto excels at putting things in place for success – paving the way and equipping others with the tools and expertise they need to reach their goals.

As field director for Banfield Pet Hospital, Soto oversees 18 hospitals throughout the northeast, covering territory that stretches from Concord, New Hampshire down to south Boston, Massachusetts.

He manages and mentors 18 hospital leaders and supports the leaders and their teams by making sure they have what they need to provide high-quality pet care and live Banfield’s purpose: A BETTER WORLD FOR PETS.

“I see it as my responsibility to make sure each leader has what they need to grow and evolve as leaders and as experts at what they do,” said Soto. “In turn, that enables them to foster positive and healthy work environments for associates, providing the best care to pets, and ensuring that we delight our clients.”

Soto gained his management expertise as an Operations Sergeant in the United States Army. He joined right after high school and spent eight years in the service – two years of active duty and six years in the Army Reserves.

His responsibilities in the Army typically involved managing operations – planning and coordinating schedules, equipment and facilities for 20+ training courses for 12,000 personnel a year, and helping build housing facilities. Much of his work involved getting things in place – whether that was equipment and facilities, or training to give people the skills they needed to do their jobs.

He went through a program called The Noncommissioned Officer Academy, which taught him the fundamentals of being an effective leader.

“I loved it,” said Soto. “I’ve always had high career aspirations and have been driven to elevate my leadership to impact the organization at a higher level.”

When he finished his tour after two years, he sought a career that would let him use his skills and experience in operations and leadership. He found that as an inventory specialist for a major crafts and fabrics retailer.

“After a few months of putting inventory on the sales floor, I asked my manager about career growth and how I could put my military skills to use,” said Soto. “He recommended I get some training so I could move up to assistant manager. I was so motivated I grew from inventory specialist to assistant manager to store manager all within a year.”

Soto said he loved the sense of responsibility of being able to manage a business and having the opportunity to lead a group of people.

As manager of a $2.5 million operation, he supervised 28 employees and was responsible for managing $500,000 in inventory. He led his team to become the best managed and most profitable operation out of 11 in his district.

After five years, Soto joined a large American healthcare and pharmacy company, and as store manager, was part of the company’s Emerging Leader Program. Within three years, he was promoted to district manager – a role that gave him experience that directly relates to what he does today at Banfield, which he joined eight years later in 2016.

He relishes his role as field director for Banfield because he has a passion for people and their development. He was drawn by the career growth Banfield had to offer and the ability to help the organization flourish.

“I get to have an impact on people and also on the organization as a whole – by helping us care for even more pets and creating great client experiences together,” he said. “That’s something I get really excited about.”

When asked if there’s a moment that stands out to him as particularly significant throughout his career, he said it was the moment when he really understood what it meant to have responsibility for leading other people.

That realization started to emerge for him while he was a young manager. He noted it was great to have the title and be responsible for managing a business, but once he started managing a district, it really hit him how much he could influence someone and how much people depend on him.

An example stands out in his memory. During his time in the human healthcare/pharmacy retail space, he collaborated to create programs to help people develop their leadership skills, so he could help his many high-potential employees grow their careers. He helped an assistant manager through those programs and she was promoted to store manager and later was named district manager.

“It’s very fulfilling to help someone achieve something they wanted,” said Soto. “To see someone at the beginning of their career, and then help and watch them grow into positions of leadership. To help facilitate that for someone, and serve as mentor, that’s rewarding.”

Soto offers this advice for anyone trying to figure out where they fit and what they should do:

2.    Study what that field is all about and become an expert.

3.    Bring people along with you by sharing your knowledge and training others.

4.    Give it your all – never use excuses as to why you cannot accomplish something.

His last piece of advice: get involved in your community. Be generous with your time and expertise.

His own community activism includes volunteering with his church and serving the community during natural disasters or other times of need. He also volunteers as a mentor for junior high and high school students with nonprofit Boston Cares.

“Being able to give back to a community is so fulfilling,” said Soto. “It makes us better people and connects us to each other, so we can shape and share experiences. These are things that have helped me not only become a better person but also a better leader.”