An Upward Trajectory of Leadership and Management Opportunities 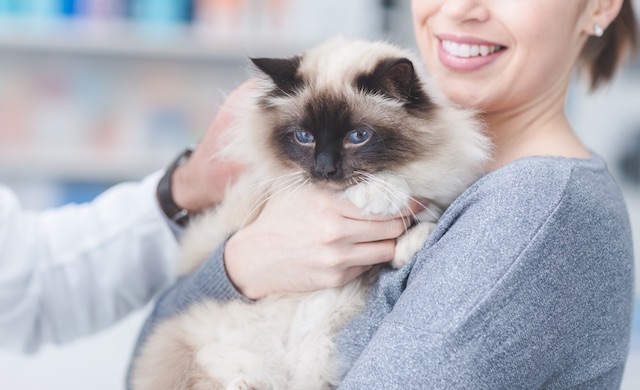 Dr. Jesus Aramendi didn’t start out to be a vet. And he certainly didn’t think that when he did transfer onto that path, that it would lead to the upward trajectory of leadership and management opportunities that opened up to him along the way.

He may not have started out to be a vet, but he did always have a passion for animals. There were always dogs in his home growing up, and plenty of neighborhood cats underfoot. “I didn’t just want to play with them like the other kids,” recalls Dr. Aramendi. “I was always intrigued by their behavior and I read science books and watched documentaries about animals all the time. I was especially fascinated by how animals evolved over time to survive, especially dogs and cats and their close relationship with humans.”

Dr. Aramendi always had an inclination towards medicine too. Like many young Latinos, he saw from a young age that doctors were highly respected members of the community. He was impressed by their knowledge and ability to help people deal with their health issues. So much so that his initial career ambitions were focused on becoming a doctor – until he realized that his true passion was for animals.

At that point, it made sense to combine his love of medicine and his love of animals, and he soon found himself applying to veterinarian school. Even though it seemed like the best of both worlds, he had some doubts at first, and left open the possibility of switching back to his initial plan of becoming a doctor. But by the time he finished his first semester, all doubts were gone.

“It was like an instant click for me,” says Dr. Aramendi. “I knew then that this was what I was born to do and never looked back after that first semester. It was the best decision I ever made, because I cannot imagine myself doing anything else.”

Born and raised in Venezuela, Dr. Aramendi completed his veterinary education at the Universidad Francisco de Miranda. During his last year of school, he came to Miami for an internship, and it was there he gained his first hands-on experience treating pets and small animals. Impressed by his eagerness to learn, his obvious passion and natural talent, Dr. Aramendi was offered a job in Miami once he finished school and earned his degree. The internship also turned into a sponsorship which helped him get his visa so that he could work in the United States. He worked as a veterinary technician for several years before taking his board certifications and getting his license to practice veterinary medicine in the state of Florida.

From there, Dr. Aramendi joined Banfield Pet Hospital as an associate veterinarian in 2008. Living in the Jacksonville, FL, area at the time, he decided to move back to Miami six months after taking the Banfield job. There, he was not only able to stay with the company, but was given the opportunity to become a lead doctor, where he gained his first experience managing other associates and making an impact on team productivity, medical quality, and client service.

Following the success he had in that role, Dr. Aramendi’s career suddenly took off. He moved to a bigger hospital with more doctors and more associates – and more challenges. Successful in that role too as chief of staff, he was promoted to medical director in 2013 and started managing several hospitals and their respective staffs of doctors and associates.

“That was a big career moment for me,” explains Dr. Aramendi, “because that’s when I realized the real potential I had to lead people, on a bigger scale, and with the ability to have a bigger impact. By developing teams that were more productive and efficient, I could focus more on my number one priority as medical director – the quality of medical care we provide to our patients.”

Dr. Aramendi’s role expanded even more this year, when he was promoted to regional medical director responsible for 10 markets, with about 160 hospitals under his direct supervision. He is in charge of assuring that each of these hospitals meets Banfield Pet Hospital standards for doctor engagement and quality care and service.

Making the transition to managing people was not always easy but well worth the effort, he says. At the beginning, a lot of it was self-driven, such as teaching himself the how-to’s – how to overcome difficult situations, how to hold people accountable, how to manage time correctly, how to plan ahead, etc.

“That’s when I discovered what we call ‘converting activity,’ he says. “That’s when you are able to learn on the fly and adjust to changes quickly. When my line manager took notice of this, he started supporting me with educational opportunities and leadership training, which are made available by our parent company Mars.”

For those on a similar path, especially when moving from a different country to pursue a career as he did, Dr. Aramendi offers the following advice: